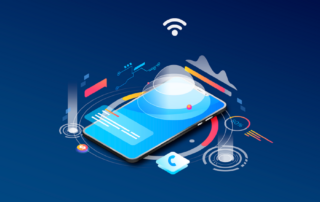 What will Africa’s next tech wave be after fintech?

The world is excited about the growth of technology in Africa. (Well, most of the world, at least. But that’s not the subject). Even though the “emerging market” label has stuck with it for a long time, it has grown remarkably over the past few decades and, in 2021, snowballed into one of the fastest-growing tech ecosystems in the world with 45 per cent CAGR and 92 per cent year-on-year increase in the number of deals. The mantra that “tech is the new oil” is driving a massive influx of talents, investor interests and innovations into the space. Also, the Covid-19 disruptions in 2020 forced the African market to turn to digital solutions.

The continent’s tech space has progressed so quickly that many have fallen along the way. Globally, technology has always grown through “tech waves” that mark the wide-scale dispersal and adoption of innovations. For instance, manufacturing was the dominant tech wave that earmarked the Industrial Revolution in the 18th century. Africa’s tech sector has also climbed through several waves to reach its present loft. Tech trends become waves when they become the most popular and most funded in their era. The curious question, however, is: “what will Africa’s next tech wave be?” To answer that, we have to go back in time to Africa’s previous tech waves, seeking clues in Africa’s 21st-century progress that can give us an informed guess.

Africa was a bit late to the mobile phone party. In 1998, there were less than four million mobile phones in Africa. By this time, the wave of mobile phones had already taken off in advanced countries. In 2002, roughly one in ten people owned a mobile phone in Tanzania, Uganda, Kenya and Ghana, according to Pew Research. At inception, what mattered was for telecom operators to enable virtual communication without depending on people who owned land phones. So the juicy opportunity was in putting mobile phones in the hands of as many Africans as possible. Investors saw this and pumped resources to enable companies like MTN, Naspers, Globacom etc. establish infrastructure, employ talents and even sell mobile phones.

The aftermath of that wave today is that mobile phones became the first point of access for Africans to use the internet. Toby Shapsak’s report showed that the first time most Africans use the internet is through mobile phones, not computers. Although the job is not done, mobile devices have become more popular, and the internet is no longer a luxury on the continent. And while internet service providers have also become more popular, most people still purchase internet data through their mobile telecom operators.

As the internet penetrated deeper into Africa’s fibre, it led to a gradual surge in the number of tech-savvy youths on the continent. Now, with better access to mobile devices and computers, it was time to do more with the internet than socialize and randomly explore. This time, young Africans began to adopt digital solutions that had become popular in Western countries. Because of the enviable success of Facebook and other social media businesses, many Africans built social media startups in 2012, most of which failed. But the same year also saw the founding of e-commerce companies like Jumia, DealDey, MallforAfrica and Konga.

By 2015, investors started pouring millions of dollars into these firms. As of this period, it was more than a big deal to raise as much as $1 million. But e-commerce startups were getting up to $5 million.

Then in 2016, Jumia became Africa’s first unicorn, making it the poster child of Africa’s tech space. Many began to see e-commerce as the golden egg of tech until the crowd realised even big shots like Jumia had not yet figured out the industry. The exhaust of this era is that delivery services have gained mass adoption and is no longer a luxury only e-commerce firms can afford. Social commerce is thriving today because of the early efforts to drive e-commerce in Africa.

Fintech has become the blue-eyed boy of this peak era of tech investments in Africa. Since 2016, fintech investments have grown exponentially, year after year. And in 2021, fintech scooped up two-thirds of all startup funding on the continent and produced four of the five unicorns that emerged in the year.

In the early 2000s, fintech was dominantly about providing infrastructure to ease financial transactions. Interswitch led that era by driving the adoption of card-based transactions. But it took 17 years to reach a $1 billion valuation. Meanwhile, Flutterwave was only five years old when it gained unicorn status. And its announcement came only months after Paystack got acquired by Stripe for over $200million. Then Chipper Cash reached a $2 billion valuation after just three years.

Mobile phones have become more accessible than toilets in Africa today. That fact, coupled with a large unbanked population, makes the African markets and mobile money a perfect match. By creating a raft of tech-based products and solutions, including mobile money, online payment processing, lending, and investing, fintechs are plugging the massive gaps in local financial service industries. And since they don’t have to spend a large portion of their budgets on building infrastructure, the entry barrier for talent, innovation and profitability is relatively low compared to many other tech sectors.

We’ve seen how each tech wave led to the next. But I hope you also noticed that the beginning of each new wave overlaps with the former. A simple explanation for that is investors like to be early. They want to own a piece of the pie while most others haven’t looked in that direction. And then, when tech waves begin, other investors cash in and investment peaks when FOMO (fear of missing out) starts kicking.

While there is no certainty in making predictions, it’s hard to look away from the prospects of crypto and web3, especially the former. Investors are beginning to make those early bets again, while crypto is still in its early stages. Nestcoin recently raised one of Africa’s largest pre-seed rounds. According to a poll by Ventures Africa, most of us think Artificial Intelligence (A.I) and web3 are the future tech waves. But Artificial Intelligence still has a long way to go to become the next tech wave. Every explanation for this can be narrowed into one reason – infrastructure. It will take a lot of infrastructural advancement for the world to be ready for an A.I boom.

The African market is adopting crypto faster than ever for reasons we explained in a previous article. NFTs are also becoming popular among African artists. And even though most of the utility today is mere speculation, Africans can do so much more with them.

But it will take more than hype for crypto or any other trend to become a tech wave. Previous waves only happened when it became clear that the large market that needed them were ready for them. For instance, it was only after mobile phones became cheap enough to reach rural users that fintech started solving financial inclusion at scale. Today, there is still more hype than education around crypto and web3. So it’s good that crypto startups like Accrue and Nestcoin are spending a lot of time educating the market before selling to them.