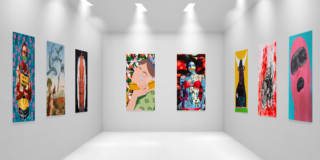 Beyond speculation, what more can NFTs do for Africans?

Across Africa, a digital revolution is happening, with the fast adoption of emerging technologies, such as drones, robots and smart cities. This revolution is touching several sectors, including agriculture and banking. Although Africa currently trails other regions in terms of digital adoption and maturity, the pace of adoption and infrastructure buildout is happening faster on the continent than any other region in the world.

Blockchain technology is another emerging trend gaining traction on the continent. Between July 2020 and June 2021, Africa had the fastest cryptocurrency adoption rate in the world at 1200 per cent. This growth happened despite government restrictions in several countries. In the same way, Africans are now becoming more interested in NFTs. A survey by Finder ranks Nigeria as the 6th largest adopter of NFTs and South Africa as 12th. The survey also hints that NFT adoption will more than double in these countries due to the high interest among respondents.

Today, most people associate non-fungible tokens with crypto nerds and overhyped and overpriced pieces of digital art. But maybe it was just bad luck that the art world was where NFTs first got traction. Long before NFTs came along, art was driven by hype and speculation. So no, NFTs are not simply digital art pieces.

NFTs are digital items that can be bought and sold through blockchain technology. Even though a lot of the current hype is around digital arts, an NFT can be anything digital — be it music, images, videos, cards, documents, in-game items, game characters etc. But what makes them remarkable is that they are non-fungible. But to understand what that means, we have to explain what ‘fungible’ means.

In economics, an asset is fungible when it can be easily interchanged — like money. If you exchanged a $5 bill for another $5 bill, you would still have the same value in hand. It’s the same with cryptocurrencies. Conversely, non-fungible tokens are ‘one-of-a-kind’ digital assets, so technically, no two NFTs have the same value. Traditional works of art such as paintings are valuable precisely because they are one of a kind. But digital files can be easily and endlessly duplicated. NFTs allow people to “tokenise” these items by creating a digital certificate of ownership that can be bought and sold.

Prospects for the African market

Presently, most people are flooding the NFT space for speculative reasons. However, Africans can do more with NFTs than flipping digital arts for quick profits. Here are some of the prospects it has for the African market:

A decentralised marketplace for creators

Globally, the creator economy is estimated to be worth over $100 billion. However, African creators have not received as much recognition as their global counterparts. As a result, they don’t generate as much revenue. Also, many African creators have a hard time receiving payments since most payment processors have little to no support for African users. But NFTs provide a decentralised marketplace for them to sell their content and get adequately rewarded. And since the market runs on cryptocurrencies, they no longer have to bother about payment methods.

A tool for credible elections

According to the ‘One Africa?’ report, corruption is the most common story Africa’s youths hear about the continent. Rigged elections and electoral violence have become a notorious trend in many African countries. For instance, Nigeria’s 2019 general election claimed 626 lives, according to a Premium Times report. The country’s elections also have records of several irregularities, such as underage voting, ballots without names of some candidates, errors in voter registration, and inadequate polling stations. So it’s important to have a system that can make elections credible and stop the violence.

Many tech experts have proposed blockchain technology as a viable solution for credible elections. In 2018, Sierra Leone attempted voting with blockchain. However, the exercise was controversial as it turns out the blockchain company contracted for the job might not have used blockchain at all. But NFTs could help prevent that from happening since they would provide a unique digital identity for each person on the blockchain, thereby reducing the risk of voter fraud and ensuring the use of blockchain technology.

Several African countries, including Nigeria, Ethiopia and Angola, had their artefacts plundered by Europeans. Before returning them, the Europeans debated the ownership of these artefacts. Since there was no documentation, it became unnecessarily tasking to prove ownership. Moreover, it was only easy to demand the artefacts because they were in plain sight. Had the Europeans hidden them or only displayed counterfeits, they would be almost impossible to track.

But NFTs make it possible to track the originality of a specific piece and reduce or completely eradicate counterfeit artwork in circulation. This also assures NFT owners that their property is indeed authentic, especially if they bought it from an auction house.

An edge for telemedicine

In a previous article, we showed how much Africa needs telemedicine. In that piece, we highlighted several challenges that telemedicine needs to overcome on the continent. One of them is the absence of a public register to authenticate medical personnel. NFTs can solve that by giving medical personnel unique digital identities that the public can see. Furthermore, NFTs generally make it easier to apply blockchain technology to medicine. For instance, hospitals can issue birth certificates as NFTs to ensure that every record is accurate and secure from malicious attempts at manipulation.

A boost for proptech

Globally, the real estate industry is one of the most NFT-ready sectors. And in Africa, property tech is still largely untapped, despite being one of the most potent tech trends. Some of the biggest problems in Africa’s real estate market today are property valuation and the verification of ownership. The popularity of land grabbing on the continent reflects these problems. However, timestamped NFTs could be used to transfer land deeds, provide proof of ownership and even keep track of changes in property value over time. So you can know everything about a property before you buy it and even purchase it without needing a realtor.