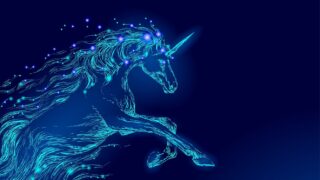 Startups are companies in their early stages of operation. They are often tagged disruptors because they take an unconventional approach to address flaws in existing products and services or entirely develop new ones. Startups also have a high failure rate, with only a few succeeding in the end.

We cannot talk about startup growth on the continent without highlighting outstanding startups that received ground-breaking funding, allowing them to achieve unicorn status. Although the term is debatable, simply put, it is a term used to describe companies that reach a $1 billion valuation in less than ten years.

Collins Onuegbu, the founder of Signal Alliance, a Nigerian IT service provider, opposes the use of the term ‘unicorn’ for African startups. He argues that it should be replaced with a term more appropriate to our reality, such as the Gazelle, a sleek, stable creature adapted to the harsh terrain of Africa. He asserts our financial system is at its infancy in most parts of the continent, and it is different from that of a developed country like the US. Onuegbu asks if Africa should, like the rest of the world, be led by America in looking for our unicorns or define our Gazelles and look for them across Africa?

For the sake of this article, we will settle with the status quo and let the controversy about the American benchmark be a topic for another day. The African startups with the unicorn status on this list are predominantly in the fintech industry.

Jumia, dubbed the “Amazon of Africa,” is an online marketplace for electronics and fashion items, among other things, that targets several African countries. It was founded in 2012 by Jeremy Hodara and Sacha Poignonnec. Jumia also operates Jumia Logistics, a logistics service that enables the shipment and delivery of packages from sellers to consumers, and Jumia Pay, a payment service that facilitates transactions among active participants in selected markets.

After the announcement of a $435 million Series C funding in 2016, the e-commerce giant became the first unicorn in the history of the African startup ecosystem. Also, in April 2019, the company became the first African unicorn to list on the New York Stock Exchange (NYSE).

At the time, the company had a $3 billion valuation and was present in 14 African countries. Following allegations of fraud in 2019, the company experienced a downturn and began operating in 11 countries, with a valuation of $250 million. But according to TechCrunch, the company’s share price, which was trading between $2 and $4 in 2020, is now trading between $40 and $50. The company had 6.8 million active customers in the last quarter of 2020, up from the 6.1 million in the corresponding quarter of the previous year, and it has partnered with more than 110,000 active sellers.

Jumia, which started with an initial staff of 10 in Nigeria, presently has over 5000 employees on the continent. Some of its initial staff members have grown to hold top management positions in their respective fields or build their companies. Some of them are Tunde Kehinde and Ercin Eksin of Africa Courier Express (ACE) and Lidya, Onyeka Akumah of FarmCrowdy, Omobolanle Shodipo of the Africa Union, and music superstar Adekunle Gold.

Flutterwave is a leading fintech company that provides a payment infrastructure for global merchants and payment service providers across the continent. Olugbenga Agboola and a team of African finance and technology veterans from Standard Bank, PayPal, and Google Wallet, among others, founded it in 2016 as a Nigerian and US-based payments company. Over time, it has evolved into one of the world’s fastest-growing payment platforms, as evidenced by its $1 billion valuation in March 2021.

The company raised $20 million in Series A funding in 2018 and $35 million in Series B funding in 2019. Its most recent funding, Series C, was closed at $170 million, bringing the company’s total funding to $225 million. As a result, it is one of the few African startups to have received more than $200 million in funding. At the time of its Series B funding, the company had processed 107 million transactions worth $5.4 billion. Right now, those numbers have risen to over 140 million transactions worth more than $9 billion.

More than 290,000 businesses use the Barter by Flutterwave platform, which accepts payments in 150 currencies and accepts multiple payment methods such as local and international cards, mobile wallets, and bank transfers. According to Olugbenga Agboola, the company operates in 20 African countries and has an infrastructure in over 33 African countries.

Wave is an offshoot of Sendwave founded by Durbin Drew (CEO) and Lincoln Quirk. Sendwave was founded in 2014 by the duo to avoid the hassles of international money transfers and high transaction costs. Sendwave was officially acquired by World Remit this year, but the duo had already begun developing Wave in 2016. When Wave launched in Senegal, it served the under-banked African population and lowered the costs of mobile money transactions.

Wave is a peer-to-peer money transfer service that works with mobile money accounts instead of bank accounts. Customers can visit physical agent posts to make deposits and withdrawals without paying a fee or use a smartphone app with a flat one per cent cut of the money sent.

The company announced a $200 million Series A round of funding in September. This makes the company the first Francophone Africa startup to reach this milestone and the third to do so in 2021. The investment is the region’s largest-ever Series A round, and it elevates the company to the exclusive list of unicorns, with a $1.7 billion valuation.

Although Senegal is its biggest market, Wave also launched in Cote d’Ivoire in April and plans to expand into Uganda, Mali, and other African markets. Since its launch in Senegal in 2017, the fintech app has clocked five million downloads making it the leading mobile money player in Senegal.

Zhou Yahui founded Opay, a mobile-based payment platform, in 2018. It is associated with Opera, its parent company, which is well-known as an internet search engine and browser. Opay has dabbled in a few other businesses, including ORide, a now-defunct ride-hailing service, OBus, a bus-booking platform (also now defunct), OExpress, a logistics delivery service, OTrade, a B2B e-commerce platform, and OFood, a food delivery service, among others.

Opay boasts of over 300 million agents and more than five million users across Nigeria. According to the company, its monthly transaction volume now exceeds $3 billion. Last year, OPay expanded to Egypt, an entry point to the Middle East market.

Andela is a Nigerian startup that connects and assists businesses in building remote engineering teams by giving them access to the best software engineers in the world. Jeremy Johnson founded the company, which began operations in 2014. Following its latest $200 million Series E funding, the company is now worth $1.5 million. Andela has raised a total of $381 million since its inception in Lagos. Its most recent valuation of $700 million came when the company raised a $100 million Series D round in 2019.

With a successful placement rate of 96 per cent, Andela has grown from seven African countries and 37 at the beginning of the global expansion to having engineers in more than 80 countries and six continents. The firm has over 300 employees and most of Andela’s technology is from Africa. In 2019 the company’s annual revenue rate was $50 million, and it is believed to be way more presently.