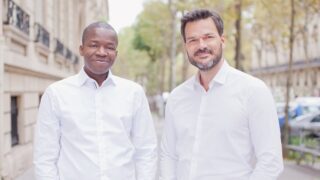 The global venture capital market has become more active than ever this year. But not many have enjoyed the kind of investment acceleration that happened in Africa. African startups have already outraised all known prior years, meaning 2021 was a record year. Between January and October 2021, more than 8,300 African startups raised over $1 billion from leading global investment companies, as top global investment companies are betting on Africa’s growth prospect.

Last year, four African startups earned unicorn status. Given that venture capitalists put more money to work in Africa in 2021, it’s reasonable to anticipate that 2022 could bring even greater total venture investment to the continent. Analysis by African startup observer Maxime Bayen suggests that VC fundings were close to $3 billion at the end of the third quarter of last year. According to him, the first three quarters of 2021 totalled more than $2.9 billion. He predicted that, if things continued at that pace, startup funding in Africa for 2021 will amount to $4 billion.

A report by Briter Bridges noted that at least 60 investment firms have portfolios in Africa. When startups raise investments, there is often little talk about the companies behind these fundraisings. In this article, we are spotlighting the top 5 global VCs based on their fund size and their African investment portfolios, as listed by Briter Bridges.

AfricInvest (Cathay AfricInvest Innovation) is a private equity, venture capital and private credit firm with a total fund size of $1.9 billion. Aziz Mebarek and Ziad Oueslati established the firm in 1994 and headquartered it in Port Louise, Mauritius. AfricInvest has invested in some major startups including Boomplay, Palmpay, InstaDeep, Aerobotics and many others.

Partech Partners was founded in 1982 by John Sung Kim, Thomas G. McKinley and Vincent Worms. The Dakar-based firm — currently led by Tidjane Deme and Cyril Collon — has a total fund size of €1.5 billion, which it invests mainly in African startups in the forms of equity, early-stage and Series A. Some of the notable startups in its portfolio include Kudi, RelianceHMO, Terrapay, MoneyFellows, etc.

Ceniarth is an impact investor that works in conjunction with the Isenberg Family Charitable Foundation. With a fund size of $400 million, it has 23 startups in its portfolio, most of which are African. Diane Isenberg founded the firm in 2013 and headquartered it in London. Being an impact investor, it focuses on startups with female founders, local co-founders, or women-focused and rural-focused startups. Notable companies in its portfolio include Farmerline, iProcure, One Acre Fund among others.

Steve Beck and Andrew Carruthers established Novastar Ventures in 2014. The British duo headquartered the firm in Nairobi, Kenya. With a total fund size of $208 million, this venture capital firm has invested in a total of 20 startups. Notable among these startups are Max.ng, mPharma, iProcure, etc.

Ganesh Rengaswamy, Jonathan Whittle, Miguel Herrera, and Monica Brand Engel founded Quona Capital in 2015. The DC-based firm, which has a total fund size of $203 million has seven African startups in its portfolio. Notable among them are Cowrywise, Sokowatch and Luleland.

N.B: Some top VCs have not disclosed their fund size. This article is restricted to firms that made disclosures.