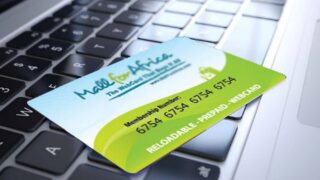 Building a business in Nigeria is not for the weak. If you could walk the streets of Nigeria’s startup ecosystem, you would meet many corpses. At 61 per cent, Nigeria has the highest rate of startup failure among Africa’s prominent tech hubs. Some businesses fail for external reasons, such as difficulty in accessing loans and poor electricity. But for some others, their frustrations were self-inflicted. This kind of business failure is not exclusive to Nigeria — 88 per cent of the Fortune 500 firms that existed in 1955 are no more.

Recently, MallforAfrica, a leading e-commerce platform, announced a shutdown of operations. Its mission was to serve as a middleman for Africans seeking to purchase items from foreign e-commerce platforms such as Amazon. The company gave no clear reasons for its shutdown, leaving room for speculation. However, its response to customers’ orders indicates that Nigeria’s unstable forex and “some CBN policies” hinders it from taking orders.

Mall for Africa was founded in 2011 by two Nigerians: Chris and Tope Folayan. The company’s early days were gleeful, as it had backing from notable investors, partnered with reputable US and UK stores, and in a few years, became one of Africa’s most popular eCommerce platforms. Private equity firm, Helios Investment Partners, revealed on its website that it raised an undisclosed amount of money in a private equity round for MallforAfrica in July 2013. MallforAfrica partnered with stores like BestBuy, eBay, Macy’s, Barney’s, and Bloomingdales, racking up to $17 million in sales in 2014.

In 2015, Fortune named the company — alongside Jumia and Konga — as Africa’s e-commerce champions. In 2017, the company announced a partnership with logistics giant, DHL, to further cross-border deliveries, and in 2018, they partnered to launch marketplace.com, a fashion shopping platform that now operates offline. In 2018, Mall for Africa was operating in 17 African countries. But the company’s rise was short-lived, as it has joined other extinct e-commerce platforms such as Efritin.com and Gloo. Also, DHL has shut down Africa eShop, an online platform developed using MallforAfrica’s technology.

MallforAfrica claims that the forex rates are hampering its business model. That’s what we can deduce from their response to customer orders. That is not difficult to imagine, as there have been several complaints of excessively high charges among customers. The naira has gone through several devaluations since 2015. In 2020 alone, the currency was devalued twice by the Central Bank of Nigeria. MallforAfrica does not own the goods they sell but help with procurement. As a result, they have to find a balance between keeping profit and making prices affordable.

But forex rates are not the only problem. Like many other businesses, MallforAfrica was built on the premise that Africa’s middle class wants to shop Western goods from home. Because Africa is still largely unexploited, it’s easy for investors to go bullish on its growing middle class. However, this model is at the mercy of the economy. For the model to thrive, the middle class needs to grow as fast as investors want, and they must have enough disposable income to patronise the business. With volatile exchange rates and high inflation rates, the business model comes under threat.

Furthermore, the “middleman model” has a loophole: it expires once the value chain bypasses them. As Africa’s internet economy is growing, the rest of the world is looking for ways to bring its products and services to the African market. Consequently, e-commerce platforms such as Amazon and eBay have made it possible for Africans to buy directly from them. This way, middlemen such as MallforAfrica get eliminated.

“MallforAfrica was unable to adapt to the changing landscape of Nigerian e-commerce,” said Adebobola Yarwyck, a tech business expert. “When they came into the market, platforms like Amazon were not accepting Nigerian payments. So it was great to be a middleman. But as it grew, these foreign e-commerce platforms also began to look into the African market. The risks now looked smaller since AliExpress was doing it. Gradually, the problem MallforAfrica was solving began to disappear.”

The new face of e-commerce in Africa

With the growth of the internet economy, e-commerce in Africa has morphed into a new ecosystem. People are now actively seeking ways to solve their problems with the internet. As a result, they are adopting alternative methods of e-commerce.

Jumia, Africa’s only e-commerce unicorn, is struggling to be profitable today, proving that it is not adequately meeting consumer wants. This shift in consumer mindset has led to the growth of dropshipping and peer-to-peer e-commerce. E-commerce sites such as Jiji simply provide a marketplace for buyers to meet sellers without interfering in transactions. “Dropshipping sites meet the needs of consumers that want to shop outside Nigeria at a lower cost”, said Yarwyck. “Dropshipping sites can help with procurement and delivery for as little as $5/lb. The costs using MallforAfrica were just too high.”

E-commerce startups today have to deal with much bigger competition because the market is becoming more decentralised. Social media makes it easy for anyone to start selling online and take a bite of the market share. E-commerce platforms such as Jumia are adapting to this market decentralisation by focusing on a third-party marketplace and earning commissions on listed items.