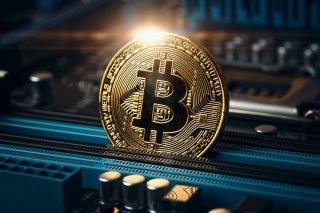 Crypto bans vs the case for cryptocurrencies in Africa

Netflix’s Money Heist is an enjoyable series, and it’s not just about the professor’s wits. It’s an intelligent way to trigger viewers’ imagination on who the real-life villains are today. The thieves print their own money, so technically, they aren’t stealing from anyone. Subtly, you agree that today’s financial system needs a revamp, and the idea of decentralised finance doesn’t sound so crazy anymore.

Over a decade after bitcoin — the first cryptocurrency— was invented, the debate for its adoption has not ceased. Cryptocurrencies have faced resistance from political, financial, and recently, religious elites. But some have welcomed it, and others have even thrown their weight behind it. Today, bitcoin is a legal tender in El Salvador.

In a somewhat predictable twist of events, Africa has come to the centre of the cryptocurrency debacle. The continent had the fastest cryptocurrency adoption rate in the world this year, driven by peer-to-peer (P2P) transactions in key growth markets. Kenya, Nigeria, South Africa, and Tanzania had some of the highest grass-roots adoptions globally and ranked in the top 20 Global Crypto Adoption Index. Ironically, the governments of Kenya, Nigeria and Tanzania frown at cryptocurrencies and have even outlawed them.

In Nigeria, the fight against crypto has become more cynical. Banks are now treating young customers as fraud suspects and closing their accounts for peer-to-peer crypto trading. Even Kuda, which claims to be the “bank of the free”, is on this boat. Recently, the Nigerian government launched an e-Naira, which uses the same (blockchain) technology as cryptocurrencies. So the fight is not against technology but a monetary system. But what is driving high demand for crypto in Africa? Why is it so important that government restrictions don’t faze them?

Covid vaccination is relatively slow in Africa, but it’s not all because of supply shortage. Research shows that institutional mistrust is affecting the uptake of vaccines in many African countries. Many people have died from the pandemic, but people still won’t be vaccinated because they don’t trust their governments. That’s a picture of the depth of mistrust.

With a median age of 19.7 in 2020, Africa is now the youngest population in the world. However, its young population have little to no interest in their local stock exchanges. Among other reasons, it’s because they don’t trust their governments. The ‘One Africa?’ report revealed that corruption is the most common story African youths hear about the continent. So it’s no surprise that this demographic is choosing to keep their finances out of their governments’ reach. However, it’s not just the government. Africa is altogether a low-trust environment. Consequently, there is only little faith in the banks. On their end, the banks have also given people reasons not to trust them. Recently, two top-tier banks were instrumental in a $4 million pension theft in Nigeria.

African countries have battled with infrastructural problems — no thanks to colonialism, civil wars and harsh terrains. Consequently, financial services are less accessible, leading to around 57 per cent of the population remaining unbanked. Many developing countries set up financial inclusion targets, as they know how crucial it is to development. For this to happen, financial services need to be available to underdeveloped communities. However, banks gravitate more towards the upper class, where they stand to earn more profit.

Infrastructural underdevelopment has made it easier for people to look to their smartphones and computers. This is evident in the growth of fintech companies such as M-Pesa in Kenya. In the same fashion, Africa’s gross financial exclusion is driving cryptocurrency adoption. Furthermore, cross-border payments have been a tough nut to crack in Africa.

Meanwhile, in 2019, Sub-Saharan Africa received at least $48 billion worth of estimated remittances, about half of which went to Nigeria, according to a Brookings Institute study. Many countries depend on remittances for forex inflows. However, they lack the infrastructure to ease cross-border payments. For example, in Nigeria, some banks limit customers to sending only $500 out of the country at a time. Data from Chainalysis shows that cross-region transfers now make up 96 per cent of all transaction volumes in Africa’s cryptocurrency market. Other regions combined had 78 per cent.

Currency risk is at its highest in many African countries. For instance, Nigeria’s central bank has devalued the naira by roughly 35 per cent over the past five years. For a country that consumes more imported goods than it exports (crude oil excluded), constant devaluation erodes the wealth of Nigerians.

In 2015, Kenya’s central bank issued a notice to warn citizens about trading bitcoin. “There is no underlying or backing of assets and the value of virtual currencies is speculative,” the notice read. “This may result in high volatility in the value of virtual currencies, thus exposing users to potential losses.” However, since that notice was published, the Kenyan shilling has lost seven per cent of its value, while bitcoin has grown by over 11,000 per cent.

When we wrote about British banks leaving Africa, we mentioned how Africa’s equity market decline last year was 60 per cent worse than in other emerging markets. Consequently, Africans seeking to preserve their wealth hedge with crypto assets such as bitcoin.

The Chainalysis report shows that Africa has the fastest cryptocurrency adoption rate. But it also says Africa is still the smallest crypto economy. The continent has the highest volume of retail-sized transactions, which signals low financial strength.

According to the World Bank, the median GDP per capita in Sub-Saharan Africa is $1,483. The European Union has a GDP per capita of $33,927. In comparison, this makes Africa’s wealth output 22X lower. High unemployment rates leave 36 per cent of Africa’s population in extreme poverty. Seeking alternatives, young Africans are turning to cryptocurrencies as a source of income.

It’s not just speculative trading — cryptocurrencies have evolved into an industry. Several businesses, including fintech startups, have been built in the crypto space. Several careers result from this technology, including blockchain developers, blockchain architects, blockchain lawyers, graphic designers, marketing professionals and many other opportunities which allow African youths to exploit and fully utilize their digital skills.