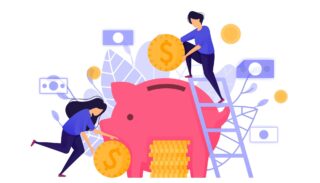 How do we tell when our startups are overvalued?

Before writing this piece, I scrabbled around the internet for something that could provide context to what I was going to say. Fortunately, I found this 23-year-old short documentary on Jeff Bezos, the founder and CEO of Amazon (don’t get distracted by how he laughs, though).

1999 was a peak year for internet companies during the historic dot-com bubble. In case you’re wondering what that means, it was a time when people poured so much money into internet companies that their valuations bloated. For instance, Amazon.com was barely five years old, had only spent two years listed on the Nasdaq Composite, and had reported a net loss of $124.5m. Yet, the company was already worth 20 per cent more than the 106-year-old retail giant, Sears, in market cap.

The internet was going to become the new wave that would disrupt everything. However, many people found the rapid growth in valuations of tech companies concerning, and they were right. Two years after that documentary, investors lost trillions of dollars when it became clear that most of these companies were overvalued.

Bezos admitted in that interview that he was aware that his highly-valued company was at a very risk-on point. “I know we can lose it all,” he said. “It’s not a fear. It’s a fact. (laughs).” Eventually, when the dot-com bubble burst, only a few companies, including Amazon, were still around. However, they had to prove that they were worth their valuations this time.

Today, we’re in the middle of arguably the grandest tech boom of this generation. Eight out of 10 of the world’s most valuable companies are in the tech sector. And last year, venture funding for tech startups reached new record highs globally.

Dancing to the wrong tune?

Africa’s investors are dancing to the same tune, splashing millions of dollars to an almost concerning level. In 2021, African startups raised over $4 billion across 355 funding deals, about three times what they got in 2020 and 2019. Funding announcements swept the media as it became a famous way for new startups to introduce themselves to the public and for older ones to kindle public trust.

On the one hand, that’s a big feat for the ecosystem. It shows that funding is becoming less of a problem for tech founders. But on the other hand, the way we value our startups has become a debate. And that shouldn’t be surprising, seeing that we have adopted the Silicon Valley funding model wholesale to an entire continent.

In the documentary, five-year-old Amazon was worth more than a 106-year-old legacy rival. Today, we’re seeing that pattern again. For instance, Kuda, a Nigerian digital bank, announced a $500 million valuation, surpassing most traditional competitors, including the over-a-century-old Union Bank. Also, Africa produced several startups worth over $1 billion in the same year. So we’re seeing tech startups exceed the valuations of traditional companies that have been around for many years. However, is it safe to value them this way?

The Silicon Valley model is the popular style in Africa, partially because many global VCs have been dominant investors in its ecosystem. But a notable feature of this model is that both investors and founders chase rapid growth. Investors and founders emphasise quick growth rather than achieving profitability. That’s why they often talk about “scaling up” as they start to grow.

For most early investors and VCs, an acquisition or a successful IPO (listing on the stock market) is good enough as an exit. That partially explains why Paystack’s famous $200m acquisition turned many eyes to fintech. When Stripe acquired the company, it was just five years old and had raised a total of $10.4 million. Investors hit the jackpot! Now, everyone is more confident to pen down sky-high valuations.

For rapid growth to happen, there has to be a ready market. This means there must be sufficient demand, infrastructure and purchasing power among consumers. The last two are much more abundant in places like the United States, where the per-capita GDP is over $24,000, and three-quarters of adults have home broadband internet access. In Africa, founders have to worry about all three.

Amazon was eventually successful because Americans had the money and spending culture the company could profit from. So even though the company recorded losses at first, the e-commerce market was still there. In Africa, the story is not the same. Jumia, the continent’s first unicorn, is still not profitable after ten years in the market and spending hundreds of millions of dollars. An obvious reason is that consumers don’t have as much spending power as the company might have expected. Today, many people are confused about the e-commerce giant’s valuation.

Besides, while Africa is a large continent, its markets are typically fragmented and complex. So ‘scaling’ is often more difficult. Even when there is a market, the costs to reach them can be very immoderate. It’s typical for startups to lose money while building a product and seeking customers. But losses are steeper for unicorns who spend more capital to fuel growth and subsidise their service costs. The ideal result is that revenue growth accelerates enough for the company to become profitable. But if it doesn’t, the startup could be forced to raise more and more money to drive growth until eventually collapsing.

It’s easier for traditional companies to estimate their valuations because they have built their brands over time. The reason is that they have long-spanning records of all their assets, liabilities, market share, cash flow etc., to inform them. They can even hire experts to do the math for them. And even at that, many still set wrong valuations.

But for startups, valuation is more art than it is science. That makes sense when you consider that startups are essentially business experiments. That’s why VCs and angel investors keep a portfolio of several startups: they know most of them will fail. But a few of them will give returns that will cover those losses. So the value they attach to these projects is based partially on how much investment has gone into them and how much they believe their idea is worth. That said, it’s a tricky situation to tell whether or not a startup is overvalued.

In any case, valuations mean nothing unless someone somewhere is interested in owning your company. That’s why profitability needs to become a bigger priority than ‘blitz-scaling’ or ‘expansion to new frontiers. When the system goes beyond hyping large funding rounds and starts celebrating wider profit margins, we won’t only make it easier to value our startups, but we’ll also make it easier for investments to flow into the system.