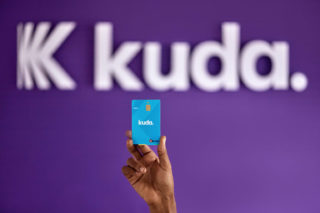 Kuda, one of Nigeria’s leading fintech banks, recently announced a $55 million Series B funding led by Valar Ventures and Target Global, with a $500 million valuation. Other investors who took part included Japan-based Strategic Business Investor (SBI) Investment and previous angel investors. This latest round of funding comes just a few months after the company raised a $25 million Series A round in March 2021 and a $10 million seed round in November 2020.

In November 2020, Kuda claimed to have 300,000 customers and that it processed an average of $500 million worth of transactions per month. In March, the bank more than doubled its customer base to 650,000 while processing $2.2bn monthly. Presently, Kuda has 1.4 million registered users.

The rise and rise of fintech companies

Of the three countries – Nigeria, South Africa, and Kenya – dominating Africa’s fintech startup ecosystem, Nigeria is unarguably a strong player with a bright prospect of becoming Africa’s fintech powerhouse. Although Nigeria (144) fell short of South Africa (154) in terms of startup numbers in 2021, Disrupt Africa predicts that with the vast growth experienced in the Nigerian fintech space, Nigeria will overtake South Africa in the next edition of the report.

The fintech ecosystem has exploded in recent months, with notable feats such as Stripe’s $200 acquisition of Lagos-based payments company Paystack in late 2020, Flutterwave’s $170 million round raised in March, and now Kuda’s $55 million series B funding, among many others.

Between 2015 and early 2021, 277 fintech ventures have banked a staggering sum of $879,968,465 in Africa. Entrepreneurs and Investors are particularly attracted to African fintech because the industry is in its prime and the size of the opportunity is immense. Fintech has consistently been the most populated and most funded sector in African tech.

The report also indicates that at the early stage of the fintech wave, startups focused on niche segments such as payments, lending, or, more recently, insurance and investments. The ecosystem has shifted in recent years with more fintech startups operating in more than one category.

There has been a shift towards establishing full-fledged digital banks. And this is most common in more advanced markets. Thirty-nine (27.3%) of the multi-category startups are in Nigeria, which has seen significant growth to become a leader in this sector and is home to some of the most visible examples of the phenomenon, including Kuda, Flutterwave, Cowrywise, and OneFi.

What this means for traditional banks

In 2019, Kudi money, now known as Kuda Bank, received a Microfinance banking licence from the Central Bank of Nigeria (CBN). While speaking on the development, the Co-Founder, Babs Ogundeyi, said the startup is excited to usher in a new era in consumer banking to serve Africans who are frustrated with traditional banks, starting with Nigeria. “We will launch a new kind of bank with a continued focus on improving our members’ financial lives rather than trying to burden them with hidden fees and excessive charges,” he said.

It is this wave of customer dissatisfaction with traditional banks that fintech startups like Kuda are riding. Furthermore, the unprecedented arrival of Covid-19 at the dawn of 2020 brought many things to a halt and has awakened a sense of awareness that more can be done virtually or digitally. It is a new normal that people are embracing because the convenience of doing things from the comfort of your own home eliminates the inconvenience of waiting in long serpentine queues at banking halls.

Customers’ access to these benefits through digital banks puts traditional banking at a disadvantage. And, while the prospect of fintech taking over the financial industry is promising, it will not be an easy task and should not be expected in the next few years because traditional banks’ reputation and trust, particularly among the geriatric generation, is unparalleled.

The world is rapidly accelerating towards digitization, so there is no reason to panic; fintechs can only soar higher. This is a call to action for traditional banks to invest in innovation to survive the wave of change. For example, Wema Bank launched the first fully digital bank in Nigeria and Africa with ALAT in 2017, although this claim is being challenged by tech enthusiasts who argue that Kuda Bank is Nigeria’s first digital bank.

One thing is certain, the presence of fintech is gradually putting traditional banks on their backs, and what they make of the current system change could make or break their survival.