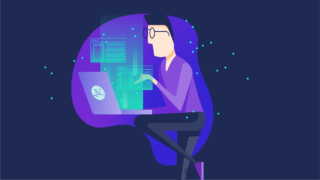 Web3: Should you be worried about the future of the internet?

Americans will for long remember the 29th of October 1929 as Black Tuesday. It was one of the most devastating moments in its history. Only this time, it wasn’t because of a bomb blast or a tsunami — it was Wall Street. Before that time, the stock market recorded tremendous growth, so much that everyone wanted to cash in on it. It was arguably the most popular way to make money. But black Thursday, the 24th of that month, marked the beginning of a drastic stock market decline that wiped out billions of dollars within a few days. The stock market lost so much money that even bank deposits did not escape the heat. Customers could not withdraw from banks because they (the banks) had lost their money at Wall Street. The effects of this period were so dire that the USA spent the next ten years in its most epic economic downturn. We remember that downturn today as the Great Depression.

That period birthed one of the most frequently quoted “exit signals” in the financial markets. Joe Kennedy was not a victim of the crash because he exited the stock market quickly after a shoeshine boy gave him some stock tips. He figured that when the shoeshine boys start sounding like experts, the market is too popular for its own good. The problem wasn’t that stocks or financial markets were not good for the average joe. It just meant that, at that point, the market was most likely running out of fresh money to pump stock prices higher. And as a result, a market selloff was inevitable.

Today, cryptocurrencies and NFTs have become so popular that they are difficult to ignore. The web3 frenzy has caught on so much that technical and business sections of national and international newspapers talk about it almost daily. A survey by Toluna says two out of three young Singaporeans owned cryptos in 2021, while 93 per cent of the population had heard of them. On one hand, it’s exciting to see a potential fiscal revolution happen in front of us. But on the other, some of us can’t shake off the feeling that we’re in a deja vu moment.

The Great Depression was the aftermath of a stock market bubble that grew massive until it popped. The straight line that connects the current frenzy to that period is that most people were too blinded by greed and euphoria to understand what they were getting into. As far as they were concerned, it was easy, smart money. It’s technically the same today. Many people only buy cryptocurrencies with the hopes of selling at higher prices, not really because they think of any future utility. That’s why they are so popular today – the profits, not the utility. But speculation is, of course, a natural part of the development and adoption of transformative new technologies. The Great Depression, for instance, became fuel for the spread of radio, the telephone, aviation and electricity.

For context, ‘web3’ refers to the proposed third generation of the internet, which would change the way we build and share content online. The forecast is that the internet will evolve from a “platform economy” led by companies like YouTube, Apple, Spotify, etcetera, to a token economy led by the users themselves. Gavin Wood, a co-founder of Ethereum, coined the term in 2014, but it has recently become the biggest buzzword in tech. But not everyone agrees with it, not even Elon Musk and Jack Dorsey who, are among the biggest crypto influencers. What side should you take? Well, you’ll have to, first of all, see web3 for what it really is beyond the hype.

An interesting fact about market bubbles is that they often don’t look like bubbles to the majority. Just like Ponzi schemes, they enrich early players to unbelievable extents. But the irony is that it’s often easier to identify a Ponzi scheme than a market bubble. For instance, Ponzi schemes are not very hard to detect, but you probably had to read and watch several resources to understand NFTs, and chances are you still don’t get it. And seeing 24×24 pixel arts sell for up to $24 million might drive you nuts. An often-used defence statement for these high prices of NFTs is that “the market decides what has value”. If that were anything more than a half-truth, the Great Depression would never have happened.

Web3 proponents claim they are sparking a revolution through capitalism. But it’s not exactly new to hear this from tech players. That brings us to an even stronger deja vu – the dot-com bubble (or the web1 bubble if you like).

In the late 1990s, many believed the internet would “bring an era of transformative abundance and prosperity”. In a WIRED report where David Karpf examined “why the future never arrives”, he showed that web1 proponents also imagined a future that upended traditional economics. There was so much hype around the internet that everyone wanted to be an early investor/participant (sounds familiar?). In this period, owning an internet company was the easiest way to attract investor funding, or otherwise, buy a domain name and slap “.com” behind your company name. “We were all going to be millionaires, all going to be creators, all going to be collaborators,” Karpf said. But that wasn’t the case. According to the Los Angeles Times, when the dot-com bubble burst, it wiped out $5 trillion in market value for tech companies. Etoys.com, iVillage and boo.com were among the many big-name fatalities of that era. But there were also more productive companies like Amazon, Apple, Oracle, Microsoft and others that took sizable double-digit losses but ultimately rebounded.

Today, everyone wants to cash in on web3. And this time, it’s not limited to the United States. Investors all over the world crave a bite of the web3 cookie. Recently, a Nigerian startup raised one of the continent’s biggest pre-seed rounds to “drive web3 adoption in frontier markets”. Last year, Budweiser bought the “beer.eth” domain name for 30 ETH ($90,000 in today’s value), stirring a surge in decentralised domain name sales. The scamper for early participation has made some corporations pay millions of dollars for Ethereum domain names.

The 90s also marked the boom of Beanie Babies, a bunch of collectable toys. Beanie Babies were limp, synthetic plush toys filled with too little plastic “beans” and ascribed tremendous value by internet folk. Those toys sold for a couple of dollars but magically became “valuable collectables” and then resold for thousands of dollars in the secondary market. Yes, thousands. Like most NFTs today, people considered Beanie Babies valuable based on novelty, scarcity, hype and distribution. One could argue that Beanie Babies were “the future” storage of value, especially since celebrities and collectors also created their own catalogues to drive awareness.

In 1997, eBay alone handled $500m ($878,947,036.57 when you inflation-adjust it to today’s value) worth of trades in secondary Beanie sales. So the hype around NFT sales is not new. Beanie babies enriched their early sellers, but that’s all they ever did. They did not change the world, become a new store of value or even retain value for long.

Again, we have shown that NFTs can be more than the current speculation buzz. But it’s needful to accept that the present hype might be fleeting as it’s not driven by utility.

What then is the future of the internet?

The dot-com bubble did not mean that the internet was a scam. It only showed that the majority was wrong on how the internet will scale. The most valuable asset to emerge from the rubble was the fibre on which the next two decades of consumer internet development would come – broadband. It wasn’t the plethora of dot-com companies everyone was pumping money into then. Broadband was expensive during the dot-com bubble. However, after the bubble popped, broadband became 90 per cent cheaper, according to Ben Carlson.

It’s the same way today. Digital currencies are, without a doubt, the future of money. But we don’t know which one will ultimately win the adoption race. For all we know, stablecoins like the USDT might end up becoming the most popular.

The internet itself will also evolve. However, it needs infrastructure more than it needs software. So the people really building the future are those investing in infrastructure. For instance, Elon Musk is intense with his satellite broadband efforts.

Besides, the current propositions of web3 will not make the world more equal. Not in the way everything is up for the highest bidder to claim.

Currently, Web3 enthusiasts claim that a ‘decentralisation boom’ will take over the world. However, as the crypto market evolves, studies show it is becoming more centralised. As more people enter Web3, the more centralised services will likely become dominant. An instance is how OpenSea is currently at the centre of NFT trades.