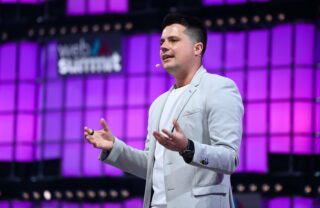 Have you ever heard of the Enron Scandal? Well, it’s a pretty long story, but I’ll make it short. Between the late ’80s and late ’90s, Enron Corp. was one of the largest companies in the United States. At the time, they were even larger than Microsoft. Everything about them looked impressive: their business model, marketing, media features, talents, etcetera, all signalled the company as a behemoth. It was named “America’s Most Innovative Company” by Fortune for six consecutive years: 1996–2001. At its peak, the company’s shares traded at $90.75. But shortly after the company reached its peak, it declared bankruptcy. Most people were shocked to see a company with that long-standing reputation and potential disintegrate almost overnight. Several things led to its dramatic fall, but one of the most shocking revelations was how the company had been fooling investors and regulators by hiding its debts and lying about profits. It was an eye-opener for investors and enthusiasts that hype does not make a great company.

Recently, Fast, a U.S-based 3-year-old one-click checkout startup, announced it was shutting down after struggling to raise more capital to keep operations running. The announcement stirred a lot of reactions on social media, seeing that the same startup had gained a lot of attention for raising over $120 million in January 2021. Everyone wondered how a startup could burn through so much money in one year and have nothing to show. The first casualty is the employees who have to start job hunting again while carrying around the label of working for a scandalous startup. But the real losers, in this case, were the investors who had barely gotten their palms dry from splashing so much money. Like Enron, Fast was also not making money but enjoyed a lot of hype while on its way down.

Africa’s tech ecosystem has come under the lens in the past few years. In 2021, fundraising announcements became the new tech trend as investors poured over $4 billion into 355 funding deals, almost tripling the previous year’s numbers. While this marked a watershed moment for the ecosystem, it also appears there was too much media hype to highlight the fact that many investors might lose their money. Arguably, there was more competition for investors than for markets. While Fast was not an African startup, its shutdown has lessons that investors anywhere, including in Africa, can learn.

One of the reasons investors did not pause to think Enron probably was overvalued was that its stock price was surging during the internet bubble. So it wasn’t unusual for stock prices to soar for no solid reason. The same happened with Fast: the funding frenzy had already started when it raised $102 million in one round.

Most times, when it becomes ‘trendy’ to invest in an asset class, the risks are higher. One of the reasons is that investors start paying less attention to fundamentals and more to their FOMO (fear of missing out). The fact that an idea is popular doesn’t make it right. The majority can be wrong.

Brian Rumao, who was one of Fast’s angel investors, mentioned how he ignored little details like the product being “buggy” when he invested because he didn’t want to miss out. Back in May 2020, as part of diligence, I tried the one-click product on Fast’s swag store. It was buggy and broken. I wrote it off[…] But something felt pretty off, and I didn’t listen to that voice,” he said.

Founders matter as much as the business

While it is not uncommon for businesses to thrive after founders leave the table, we can’t underplay the founders’ role in determining business longevity. If irresponsible leadership could crash a 15-year-old corporation like Enron, how much more a 3-year-old startup?

Domm Holland, Fast’s CEO, in his statement about their shutdown, referred to the startup as a “trailblazer”. For a startup that only made $600,000 in revenue throughout 2021 despite spending tens of millions monthly, that was a lot of hubris. It seemed like the founders just wanted to brag, whether or not there was anything to show for it.

Meanwhile, Holland has a controversial history of sleight. For instance, the early version of Fast’s product that he pitched to investors was built by Nigerian developers, whom he suddenly fired after raising funds.

Brian Rumao admitted that after he invested in Fast, he received two investor updates over two years and that both “lacked any meaningful data”. Fast’s shutdown proves how necessary it is to vet the founders’ character before investing in startups, especially when you’re in it long term.

Startup funding has grown over the past few years in Africa. However, while we search for the next tech wave, there are still many challenges for the ecosystem to overcome. One of them is that homegrown founders get less funding than those who studied outside Africa. Nevertheless, African tech is showing more potential than ever, and more promising startups will become unicorns in no time.