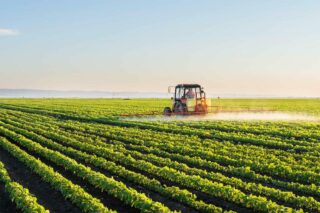 Agriculture and technology can speed up Africa’s economic growth, but there are hurdles

Xun Zi, one of China’s ancient thought leaders, once said, “When you concentrate on agriculture and industry and are frugal in expenditures, Heaven cannot impoverish your state.” That statement still applies to Africa today. Recently, we talked about the spending habits and revenue shortage of Africa’s largest economy and the closure of British banks. The issues addressed in these articles show that Africa needs radical economic shifts to reach its potential.

In 2020, Africa went through its worst recession in over 50 years, with the economy shrinking by 3.4 per cent. However, global financial institutions have become more optimistic in their outlook on the continent’s economic growth. The World Bank projected that the economy would expand by 3.3 per cent in 2021. Investors also seem to feel the same way as private equity fundraising in Africa is exceeding expectations.

Nonetheless, Africa’s path to development is slow and needs catalysts. The United Nations projects that the world population will hit 10 billion people by 2055. Approximately 95 per cent of this population growth will take place in low and middle-income countries, of which Africa will account for 57 per cent(1.4 billion people). In particular, the population of sub-Saharan Africa is projected to double by 2050. For the continent to develop, its output growth needs to outpace this population growth.

Productivity is still a problem for the agricultural sector. Output is mostly in its raw form and requires more production for it to be valuable. Many developed countries that started with agriculture, for this reason, morphed into manufacturing. For instance, Britain’s economy was mostly agricultural before the second industrial revolution developed its manufacturing sector. The same happened in China, where manufacturing is now central to its economy. Without manufacturing, it could not have risen to its place as the second-largest economy in the world.

Furthermore, Africa has the youngest population in the world today. But a lot of its youth, including rural youth, are not interested in farming. If Africa’s agriculture keeps depending on smallholder farming, the sector will shrink from low youth participation. A report by Heifer International shows that youth engagement in agriculture will be essential to the continent’s growth. But only 23 per cent of the youth who engage in agriculture use any form of agricultural technology due to lack of financing and training.

Agritech solves both problems. Startups like Hello Tractor and Releaf are increasing productivity as well as youth participation in agriculture. Africa’s agricultural sector still needs a lot of innovation to reach its potential. Consequently, this is the most prospective period for agri-tech. Investors think so too. In 2020, Agri-tech startups raised $60 million — 8.6 per cent of the total funding secured by tech startups in the continent last year.