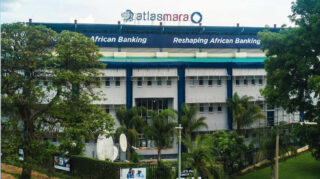 British banks are leaving Africa. What does that mean for the banking sector?

Africa’s socioeconomic status has been a debated subject for a long time now. The narrative that Africa is on the rise has been tossed between validation and negation for over a decade. However, it appears that top British banks are no longer on the optimistic side of the debate.

UK’s financial conglomerate Atlas Mara Ltd (Atma), which had acquired banks in seven African countries, is at the tail end of exiting the continent. It has termed its African investments “risky” and the sub-Saharan African macroeconomic environment as “challenging”.

The Citizen reported that the bank’s holding company, which is listed on the London Stock Exchange, says “currency volatility and drying up of liquidity in African markets adversely impacted its operations”. This raises questions around the prospects of banking in Africa, seeing that Atlas Mara isn’t the first British lender to exit the African market.

Africa is a large and underexploited market. The IMF once predicted that the continent’s predominantly young population will become a billion workforce by 2035. Western players see Africa’s growth potential and expand their operations into the continent with hopes of sustainable growth. While there are success stories such as Coca-Cola and Nestle, others didn’t make it to shore. British banks are among those who found it difficult to continue doing business in the African market.

Like other economies, the Covid-19 pandemic hurt financial institutions across the African continent, with many African central banks struggling to provide liquidity support for local banks impacted by the crisis. But according to Atma’s annual financial statements for the 14 months to February 28 this year, Africa’s equity market decline last year was 60 per cent worse than in other emerging markets, reflecting a particular “risk-off” view of African investment.

Formed in 2013, Atlas Mara had sought to become a leading player in sub-Saharan Africa after acquiring banks in some 15 different countries. Unfortunately, high operating costs and bad economic conditions in certain host countries made it harder for the company to find a way out of its precarious financial situation and restore investor confidence.

“Major currency depreciations across the African markets in which the company operates resulted in a more than $145 million reduction in the dollar value of the company’s assets, and a decrease in the company’s debt capacity,” the report stated.

“With already constrained fiscal environments and relatively limited assistance from central banks, African markets have been unable to mount economic responses as impactful as those in the US or the EU. Local currencies, debt and capital markets remain under considerable pressure,” said Michael Wilkerson, Atma’s chairman.

A repeat of history

In 2016, Barclays announced its withdrawal from Africa after the company reported a two per cent profit drop and a dividend cut of more than 50 per cent per share. After operating in the market for over 100 years, the bank marked its complete exit from the region by gradually reducing its 62 per cent stake in Barclays Africa Group to a non-controlling stake of 14.9 per cent. Barclays Plc sold off business units it did not consider core operations and shifted attention to consumer, corporate and investment banking in Europe and the US.

In April this year, Standard Chartered Bank Plc also announced its plans to reduce its global branch network by half to around 400. Standard Chartered looks to cut long-term expenses by permanently adopting changes to working practices and retail banking that were adopted due to the coronavirus pandemic.

In 2014, Standard Chartered also hinted at plans to close up to 100 bank branches in Asia, Africa and the Middle East. It was an attempt to improve its profitability by cutting about eight per cent of its global network to save $400 million a year.

The COVID-19 pandemic dealt a huge blow to the banking industry. In its 2021 Financial Access Survey Trends and Developments report, the International Monetary Fund stated that Nigerian banks closed 234 branches in 2020.

In the 2021 Regional Economic Outlook Report, the IMF noted that Africa would be the world’s slowest-growing region this year despite a more favourable external environment, mainly due to the health and economic crisis caused by the pandemic.

The World Bank has also projected growth for Africa in 2022 and 2023 to remain just below four per cent. According to the global lender, the continent’s economic recovery continues to lag, compared to advanced economies and emerging markets, reflecting subdued investment in sub-Saharan Africa.

A blessing in disguise?

The exit of foreign companies from the African market is not pleasant news. It has ripple effects on the economies of these countries. It doesn’t only make the African market less appealing to investors but will also increase unemployment.

However, this opens a market opportunity for the local players in the banking industry. Top lenders such as Access bank are now exploiting the opportunity to expand their operations in Africa.

It also expands the growth opportunity for fintech in Africa. About 57 per cent of the African population do not have access to financial services. The inability of these British lenders to grow in Africa leaves a void for in-house banking solutions. Foreign investors are also bullish on the future of fintech in Africa, especially mobile money.