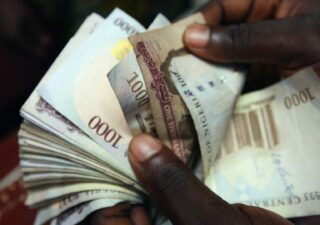 Does Nigeria have a revenue or spending problem?

Oil traders are having quite a year. In April 2020, oil was undesired in the market — so much that some contracts traded negative. The pandemic made the commodity worthless. At the start of 2021, many were uncertain about oil demand. But today, oil is one of the best-performing commodities of the year. Global oil prices have more than doubled this year, the biggest rally in more than ten years.

Bonny Light, Nigeria’s benchmark crude oil grade, is selling for $86/bbl today, more than double the 2021 budget benchmark of $40/bbl (2022: $57/bbl). That should mean Nigeria is raking in a lot of cash, right? Since we depend on oil for most of our revenue. Well, I hate to break it to you, but Nigeria is still broke. Earlier this month, the Nigerian government said it needs to borrow N5 trillion to supplement its budget deficit. According to the Central Bank of Nigeria (CBN), the deficit has been growing since 2014. The question is, how is Africa’s top oil exporter still broke in an oil boom?

Nigeria’s Finance Minister, Zainab Ahmed, and Ben Akabueze, the Director of Budget, believe the country has a revenue problem. Last year, Nigeria made N3.42 trillion in revenue, which is extremely low compared to the N10.2 trillion in 2019. The Covid-19 pandemic caused a sharp drop in oil earnings, and there was little economic activity. So the nation did not make much money last year. But it has been recording budget deficits long before the pandemic.

Each year, the government sets some money aside from its earnings to spend on the economy. The annual budget expresses this proposed spending. Proposed is all it is because the Nigerian government never meets its revenue expectations. And if the government continues to fall short of its revenue targets, budget spending will suffer.

Nigeria depends on oil sales for most of its revenue. Oil brings in half of the government’s revenues and 60 per cent of forex reserves. In 2000, the oil and gas sector contributed 30 per cent to the country’s GDP. But today, it only contributes about eight per cent. This year, Nigeria’s non-oil revenue is outperforming oil revenues. The drop in oil revenue in the face of rising prices is because Nigeria’s crude oil production has declined. Ten years ago, Nigeria was producing over two million barrels of oil daily. In August this year, OPEC reported Nigeria’s production as 1.3 million barrels a day. Although that rebounded to 1.45 million in September, it is still far short of our capacity from a decade ago, of around 2.3 million barrels per day.

Nigeria’s OPEC quota was 1.61 mb/d in September. Even with the rebound, we were still producing 200,000 barrels a day less than we could. The clincher is that Nigeria has been producing crude oil below its quota for more than a year. In September, Nigeria was reportedly struggling to find buyers for its oil exports. To summarize, Nigeria has oil but is not profiting from it because it is not conducting business effectively. However, that is not the only reason the country is bankrupt.

Earlier this week, there was a debacle at the Nigerian senate. The Minister of Health presented plans to fight Malaria in 13 states. That should not cause any worries. But when the plan involves borrowing $200m to import mosquito nets, it becomes worrying. Nigeria is not only broke because it does not generate enough revenue. It also has a spending problem.

Rising oil prices ought to mean good news for Nigeria, but it spends so much on fuel subsidies. Data from NNPC shows that it spent N904 billion ($2.2 billion) to keep fuel cheap in the first eight months of 2021. The World Bank says it could cost the government $7 billion over the next 12 months if oil prices remain high. In the shorter term, the subsidy is on the verge of costing more than the $4 billion it raised from Eurobond sales last month.

According to a Bloomberg report, the Nigerian government is on track to spend more than N300 billion over the year to maintain power tariffs that don’t reflect the cost of producing and distributing electricity. The 2022 budget is Nigeria’s highest ever. But even with more money at the government’s disposal, if they don’t completely change how they spend, there will be nothing to show for it.