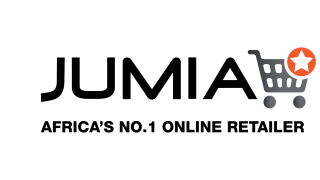 Jumia might be on the verge of a collapse. What does this mean for e-commerce in Nigeria?

Jumia, one of Nigeria’s largest online retailers has allegedly laid off 300 of its workers in Nigeria, which accounts for about 30% of its 1000-person workforce in Nigeria. This has raised concerns as to whether the end is near for the online retailer and what this could mean for the Rocket-funded e-commerce outfit.

The major investor in Jumia, Rocket internet has a reputation for downsizing. In a similar event, Rocket Internet closed some of its offices in Turkey  in 2012, firing 400 workers in the process. While a similar event may be playing out in Nigeria, Kaymu (another Rocket Internet portfolio company) closed its Zambia office. Citing “macroeconomic reasons,” the online shopping platform shut down its operations in Zambia at the beginning of the month.

Despite a $200 million funding chest and a 900 percent sales growth in its Kenyan unit it 2014, Jumia is yet to turn profit since it began operations in Nigeria in 2012. When Jumia launched, it positioned itself as a viable launch pad and entry route for international brands looking to penetrate the African market? It was on a mission to be set the pace in Nigeria’s keenly contested e-commerce space evidenced by partnership deals with companies like Microsoft and and other mobile brands.

With a presence in 13 countries and 3000 employees across Africa, Jumia was favored as it shook the e-commerce industry in Sub-Saharan Africa by offering variety and favorable pricing. An attempt to adapt to the customers preferred shopping practices and payment platforms helped project the Jumia brand in the right light and eventually increased its value in countries like Kenya.

Two years ago, Jumia made a bold move to expand geographically and targeted the Kenyan market for immediate penetration. Combatting the initial challenges of trust, acceptability and infrastructure gaps, the brand recorded significant progress in establishing itself as revealed by recent reports which suggested a significant upsurge in received orders.

However starting with some blunders of its Black Friday bonanza which affected customer trust, many customers became even less receptive. Reports indicate that physical retailers tend to be more efficient, especially in relation to customers in emerging countries. A customer who chose to speak under the condition of anonymity, revealed that Jumia delivered fake iPhone headphones, stating that he would would have been able to spot the difference if he made this purchase at a physical store.

As opposed to waiting for day(s) to receive your order, ‘brick and mortar’ shops are more convenient. And, in many ways customer react better if they see the faces with an opportunity to scan through products physically with help of an effective offline presence.

Also, customers have complained about not receiving their package on the designated date or even at all for that matter. While speaking to a student of the University of Lagos, Tade, who orders from Jumia very often, she narrated an experience when she ordered a dress. However, something went wrong and after confirmation from the delivery official assigned to her, she never heard back. A situation like this may be due to outsourcing their delivery service. If Jumia, which is possibly operating based on the schedules of the delivery service and availability of deliverymen should lay off 300 workers, to possibly include a good number of deliverymen, what happens next?

Many start-ups in Nigeria have at one time or the other carried out such broad-based retrenchments at the early stages of their businesses. Hotels.ng, iRoko TV and Konga have had their fair share of downsizing. But perhaps in addition to a slow growth rate on a modest budget, Rocket Internet may be growing rather displeased with the performance of its Nigerian team.

Although e-commerce is at the rudimentary stage in Nigeria, it has had an overwhelming impact on business transactions in the country. The fast growing e-commerce industry with an estimated 25% annual growth could stimulate the growth of a non-oil economy adding to diversification in the medium to long term, analysts have said. This will come to play because small and medium enterprises (SMEs) are using the ICT driven industry to promote “made in Africa” products and marketable ideas.

That said, the gradual demise of Jumia may suggest that the lure of Nigeria’s retail space has long been overrated.