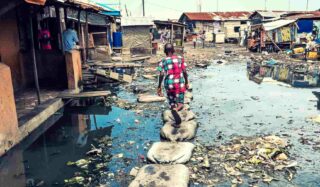 One hundred and thirty-three million!

That’s how many Nigerians live in multidimensional poverty. According to the National Multidimensional Poverty Index (MPI) report recently launched by the National Bureau of Statistics (NBS), 133 million Nigerians lack more than one essential survival need (good health, good living standards, primary education, and gainful employment). That makes up over 60 per cent of the entire population.

It’s not news that Nigeria is poor. In 2018, it overtook India to become the world’s poverty capital. At the time, 87 million Nigerians lived below the poverty line. But now, it’s a lot worse. Only one out of three Nigerians live above multidimensional poverty. The irony is that Nigeria is still Africa’s largest economy, thanks to its high population.

Meanwhile, this year, India moved on to become the fifth-largest economy in the world, overtaking the United Kingdom. So, how poor is Africa’s largest economy? And why is this happening? Let’s unpack the new poverty figures to find out.

Poverty on many sides

Hold on. Before we get into this data, we need to understand what we are working with.

In the past, the NBS measured poverty by the number of households living below N137,430 per year or N11,450 per month. That was, by their definition, just enough for these people to meet their basic needs. But this standard can’t work anymore.

On the other hand, the Multidimensional Poverty Index (MPI) measures poverty as a lack of necessities such as food, healthcare, education, and a decent standard of living. So it goes beyond monetary measures to assess poverty. It takes a different approach, indicating the extent of deprivation and the likelihood that a person can access basic survival needs.

The idea is that money cannot be the only metric for poverty. Many times, even when people have enough money to stay above the poverty line, they still don’t have the basic needs to live a healthy and decent life. Such people are still poor.

Now let’s get back to the data. 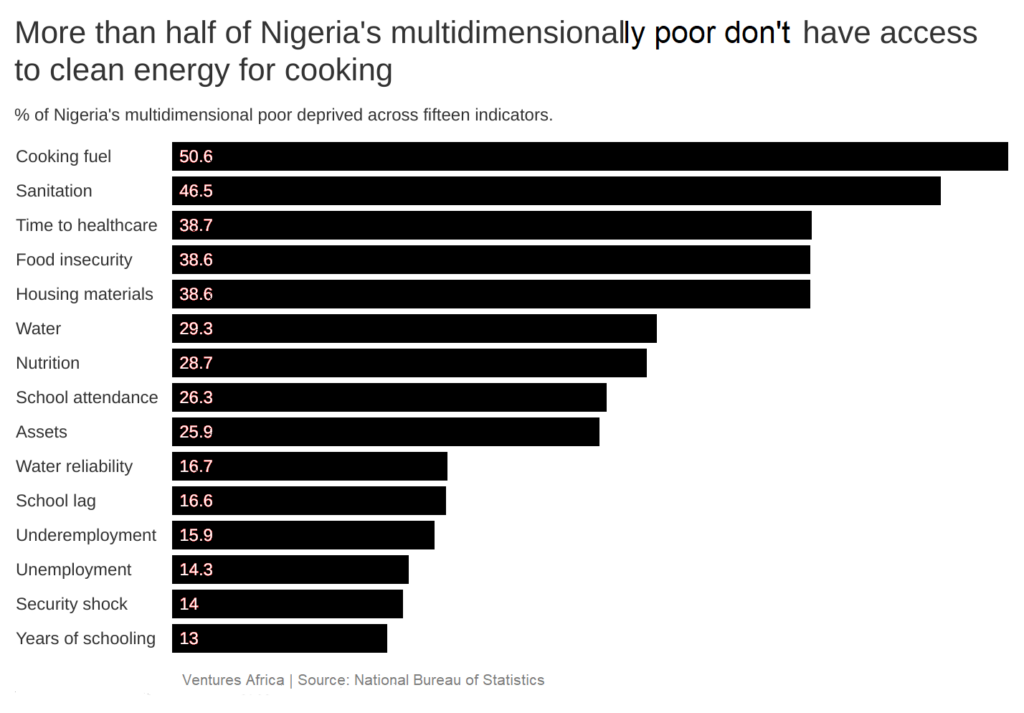 The chart above shows that more than half of Africa’s largest economy does not use clean energy for cooking. That’s more than a financial problem. These people use charcoal and even animal faeces to cook. According to Mckinsey, 600,000 people die annually from exposure to fumes from biomass fuels.

Two out of every five multidimensionally poor people suffer from poor sanitary conditions. Yet, these people have poor and slow access to healthcare. Nigeria currently has less than 40,000 hospitals for its 200 million people. That’s only 17 hospitals for every 100,000 people.

Food insecurity and poor nutrition are also among the biggest problems Nigerians are facing. UNICEF says that one in three households in Nigeria cannot afford the cheapest nutritious diet, estimated at N1,687 per household daily.

The North is Nigeria’s seat of poverty 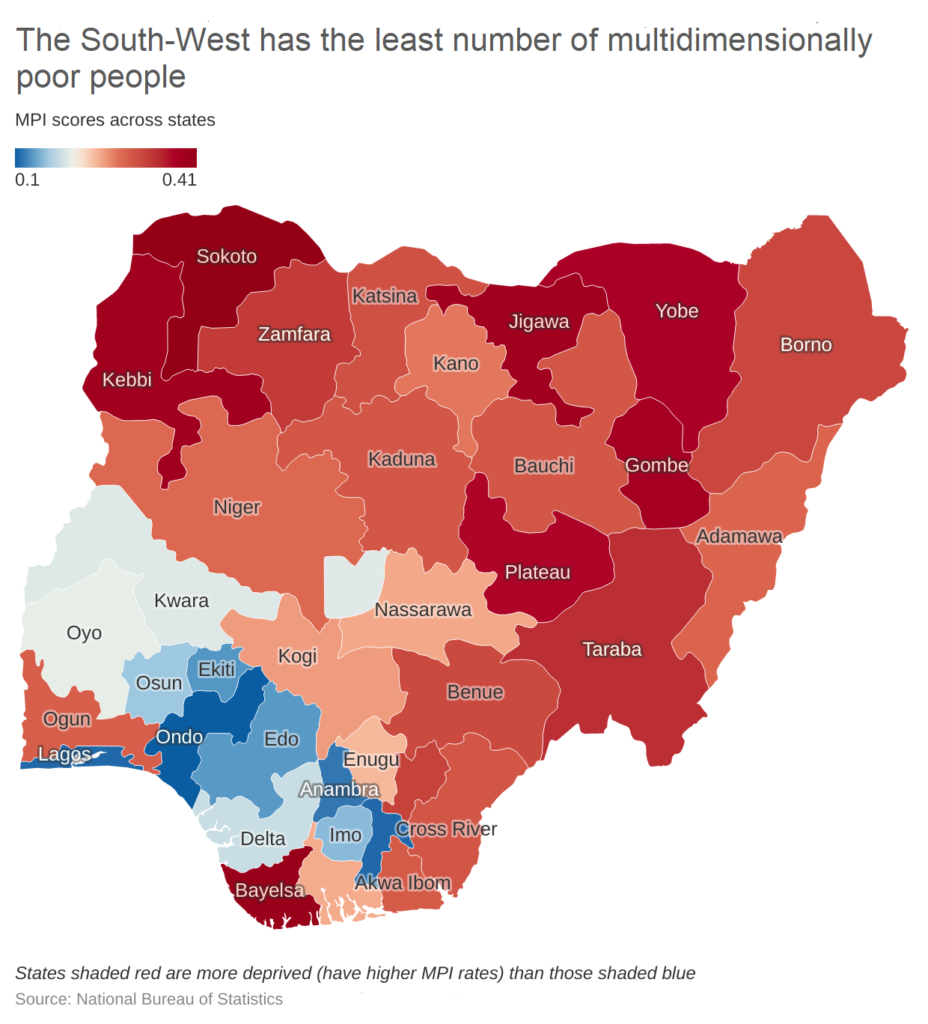 Why are Nigerians poor?

We’ve seen that poverty is multidimensional. But no dimension overshadows monetary poverty. The fact that people earn too little is the root cause of most forms of poverty. 40.1% of Nigerians are monetarily poor, i.e. they make less than $2.15 per day. But that’s not the only problem.

This year, Nigeria recorded nine consecutive months of surging inflation, leading to a 17-year high rate of 21.09 per cent. Thus, household expenditure is at an all-time high. Many factors are causing Nigeria’s inflation problem, one being insecurity. Not only has insecurity dropped productivity among farmers, but it also hinders people’s movements, making access to basic needs more difficult.

Also, Nigeria experienced its worst flooding crisis in a decade this year. The flooding displaced nearly two million people and killed 600 people. So there were almost two million more people whose access to basic needs (if they had any in the first place) was taken away by the flood. Besides, the flood destroyed millions of hectares of farmlands, including one of Nigeria’s largest farmlands, Olam Rice Farm.

That’s not all. Many Nigerians are not gainfully employed. The north, with the highest number of poor people, has some of the lowest employment rates, according to NBS. And a large portion of employed Nigerians works low-quality jobs. Nigeria’s minimum wage of N30,000 puts many citizens short of UNICEF’s N1,687 food budget. Yet, the minimum wage rule is only effective in the public sector and hasn’t been accepted in all states. Zamfara, Taraba, Benue, Kogi, Cross River, Abia and Imo do not pay minimum wage workers that much.

Solving poverty in Nigeria requires a widespread increase in productivity. So far, the South-West is the most productive region. The country has a large, young, underemployed, and uneducated population, and its poverty stance will only change when this description changes.