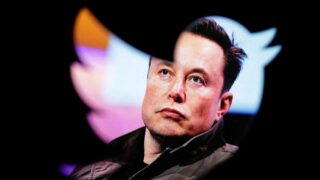 This year has been quite eventful for global tech. We’ve seen trillions of dollars in wealth wiped off, with big tech companies, such as Meta, Amazon, Microsoft, and several others, losing money and laying off workers at alarming rates. Yet, none of these events has been nearly as dramatic as Elon Musk’s Twitter takeover.

After taking the company private with a $44 billion buyout, Musk is shaking up Twitter from its roots with controversial decisions. First, he laid off several top executives, including former CEO Parag Agrawal. Then he dismantled Twitter’s board and named himself the sole director. Last week, he laid off nearly half of the company’s staff, including people from the African headquarters. But on Monday, we saw reports of the company asking some workers to come back.

Notably, this whole saga happened after Twitter updated its features to give users a more TikTok-like experience.

In the middle of all this, everyone wants to know what’s next for Twitter. Is it dying, or is this truly a new beginning? We’ll find our answers by unboxing its present-day status.

Elon Musk has lofty plans for the social platform. And rightly so — he needs to make that $44 billion purchase worthwhile. But there is so much controversy around his ideas.

In his short time at the helm of the platform, he has promised a new verification system, a revamped subscription program, and improved creator monetization.

Notably, Musk has a habit of announcing these features on the spur of the moment via Twitter. Here’s a quick rundown of all that we know he’s exploring as of today.

But most of these announcements are wrapped in controversy. For instance, a Twitter employee, who was part of a mass layoff at the company, pointed out that Musk fired the team who built and shipped the Notes feature.

Just to be clear, he *also* fired the team who *built* and *shipped* this. https://t.co/chX1FNdNVV

She also claims the same thing happened with the TweetDeck team.

Also, Musk’s hopes of leveraging creator payouts for revenue hang in the balance, seeing that many major advertisers have left the platform since he resumed. That leads us to the next concern: Twitter’s business model.

Before Musk took over, Twitter already had problems. It has struggled for most of its history to make a profit. Last week, Elon Musk tweeted that the company has suffered “a massive drop in revenue.” And it’s not surprising. For one, it has been struggling to keep its most active users engaged, according to a Reuters report. Only 10 per cent of its overall monthly users create most of the content. And Musk once expressed concerns over the fact that most of Twitter’s most followed accounts rarely post any content.

This problem, coupled with the declining interest in news, sports and entertainment among English users, is discouraging to advertisers. Yet, Twitter depends on advertising for up to 85 per cent of its revenue.

Also, Twitter’s mass layoffs were a clear pointer that the company was short on cash. According to Elon Musk, the company was losing $4 million daily, leaving him with no choice but to let go of thousands of workers. Yet, that’s probably not the company’s biggest financial worry.

Borrowed funds partially funded Elon Musk’s Twitter buyout. And part of the deal he signed adds about $13 billion of debt to the already struggling company’s books. Consequently, Twitter would be on the hook for annual interest payments of more than $1 billion. As of last year, it only had to worry about paying $51 million.

The point is, Twitter needs cash — lots of it — and fast. That makes it a little more understandable that Elon Musk is running the company like a startup, moving fast and breaking things.

Please note that Twitter will do lots of dumb things in coming months.

We will keep what works & change what doesn’t.

The bitter truth is that Twitter’s future is hanging in the balance. And this is not simply because it’s Musk’s first time of running a social platform. And it’s not only about Musk’s controversial management ethics. It’s first about the fact that the company has a high chance of going bankrupt in the near future. Even Elon Musk knows this. And although he has reportedly sold nearly $4 billion in Tesla shares to “save” Twitter, it might not be enough. It also doesn’t help that he has to figure this out in the middle of a global tech recession.

At the same time, several top-level executives have left Twitter, leaving the new boss with the difficult task of finding their replacements.

But these problems don’t mean that Twitter is absolutely doomed for failure. It only means the odds of success are slim. Elon Musk’s style of running grand-scale experiments, which has succeeded with Tesla and SpaceX, might not move the needle in Twitter. This is because unlike space tech and electric vehicles, social media is a very crowded place with an impatient audience. So the possibility of Musk turning Twitter into a cash-positive and innovative social platform sounds like a miracle for now. The last time something this dramatic turned around a big company’s fortune for good was with Steve Jobs in 1997. But is Elon Musk another Steve Jobs? Only time will tell.