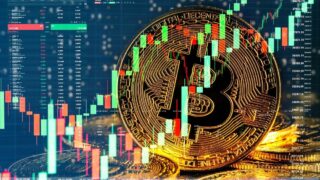 The giant that slayed crypto

Last week, the entire crypto market crashed as one of the industry’s biggest players watched their empire evaporate in five days flat. Sam Bankman-Fried’s $16 billion empire, which consists of his exchange FTX and his hedge fund Alameda Research—ran to zero in five days flat, bankrupting 130 affiliated companies with it. FTX has since announced it would be filing for bankruptcy, and Bankman-Fried has stepped down as CEO.

The crypto industry is witnessing one of the most devastating contractions of wealth in financial history. Following the fall of FTX, cryptocurrencies saw a sharp decline as investors fret about the stability of the crypto space. Bitcoin, the biggest cryptocurrency by market value, dropped to an intraday low of $16,543.48 less than 24 hours after residing at a high of $17,480.18. And Ethereum slipped to a bottom of $1,211.33. While FTT, the smaller token tied to FTX, was down a further 16% by the end of the week after collapsing 72% on Tuesday when the sad news broke. Its market cap dropped below $600 million, down from around $3 billion at the start of the week. The collapse of FTX is likely to lead to more pain and result in a permanent scar on the face of the crypto industry.

The introduction of new banknotes into the economies of the six countries is coming at a time when the current global economic situation is marked by inflationary pressures at both national and international levels. The body believes the new notes will increase the propensity of economic agents to hold and consume money.

Traditionally, BEAC renews its range of banknotes every 10 years, but the announced renewal is the first in 20 years. The body had earlier approved the production of the banknotes in 2019 but had to put plans on hold. It appears African countries are towing the new notes route to salvage inflationary pressures. Two weeks ago, the Central bank of Nigeria (CBN) started taking steps to redesign, produce, and circulate a new series of banknotes to help drive its cashless policy, fight corruption, and reduce inflationary pressures.

To round off the week, Meta, the parent company of Whatsapp, Instagram, and Facebook, let go of 11,000 employees, the first mass layoff in the company’s 18-year history. The decision to lay off so many employees might not be far from the recent downturns experienced by the company. Since January, Meta’s stock has fallen more than 70%, mostly because of Zuckerberg’s bet to invest billions of dollars in a metaverse platform that has not been well received. In addition, its advertising revenues have plummeted, and the company no longer shows growth in the number of users.