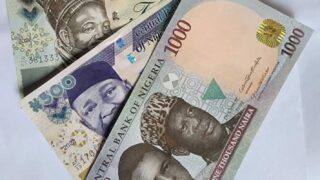 On Wednesday, the Central Bank of Nigeria (CBN) announced that it had started taking steps to redesign, produce, and circulate a new series of N100, N200, N500, and N1,000 banknotes.

The new notes are launching on December 15, and the old notes will cease to be legal tender starting January 31. That means Nigerians have only six weeks to get along with the program.

Why is this happening? According to the CBN, this exercise is long overdue as Nigeria hasn’t redesigned its currency in the last 20 years. But that’s not its sole reason. It also expects this rebrand to help with other key policy objectives, such as driving its cashless policy, fighting corruption and reducing inflationary pressures. Can the CBN solve its problems by printing new notes? That’s still up for debate.

After a six-month-long tug-of-war, Elon Musk has finally completed the acquisition of the social media platform. The deal closed on Thursday, and the Tesla billionaire is paying $44 billion. That means Twitter now ceases to be a publicly listed company.

But the show is not over, far from it. First of all, Musk immediately fired several top executives, including CEO Parag Agrawal, chief financial officer Ned Segal, and Vijaya Gadde, head of legal policy, trust, and safety. And we’d likely see more, given that he once openly stated that he would cut nearly 75 per cent of Twitter’s 7,500-person workforce. Secondly, he now has the difficult task of defining “free speech” for Twitter users since that’s why he claims he bought the platform.

In the middle of all this, we can’t forget that Twitter just launched its African headquarters in Ghana last year. When Twitter touched base in Ghana, it called the nation a “supporter of free speech, online freedom, and the Open Internet, of which Twitter is also an advocate.” Will the layoffs or policy changes affect Ghana’s Twitter? We’ll have to keep our fingers crossed.

Is Zimbabwe missing out on a (literal) golden opportunity?

You probably didn’t know that Zimbabwe now mints gold coins as legal tender. It’s been doing so since July as part of several policy measures to ease demand for the US dollar and control inflation.

However, the IMF thinks the nation is missing out on a chance to build its gold reserves. “The sale of gold coins has contributed to withdrawing Zimbabwe dollar liquidity from the market, though it represents an opportunity cost in terms of foregone reserves for the Reserve Bank of Zimbabwe,” an IMF spokesperson said in September.

Nonetheless, Zimbabwe is progressing with its methods. The Reserve Bank of Zimbabwe has announced that in November, it will introduce lower denomination gold coins to enable the participation of ordinary citizens.