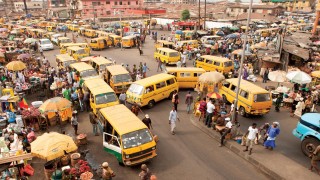 The latest report by the National Bureau of Statistics (NBS) indicates that Nigeria’s Consumer Price Index (CPI) skyrocketed to a 17-year high of 21.09% last October, a 0.32% point surge from the 20.77 % recorded in September 2022. The CPI is an inflation indicator that measures the percentage change in the price of a basket of goods and services consumed by households.

According to the NBS, food inflation rose by 23.72% in October 2022. The high cost of basic food products like bread, cereals, roots and tubers and edible oils triggered inflation.

It’s a big win for emerging communities at the just concluded United Nations Climate Change Conference, COP27. The event wound up in Egypt – where it was held- with a breakthrough agreement to provide “loss and damage” funding for vulnerable countries hit hard by climate disasters.

The key takeaway for emerging economies is a $ 3.1 billion climate investment plan to ensure everyone on the planet is protected by early warning systems within the next five years. The fund would help provide warning systems to mitigate impacts in vulnerable countries. “People in Africa, South Asia, South and Central America, and the inhabitants of small island states are 15 times more likely to die from climate disasters,” said  António Guterres, UN Secretary-General. “These disasters displace three times more people than war. And the situation is getting worse.”

On the sidelines of the conference, Germany committed €40 million to the African Development Bank (AFDB) Group’s Climate Action Window, to support climate adaptation in fragile African states. The Climate Action Window is mobilising up to $13 billion for climate adaptation for some 37 low-income and fragile states, the worst hit by climate change.

Last Wednesday, Amazon announced plans to lay off 3% of its employees in its Devices & Services organization- about 10,000 people. Those affected were white-collar professionals in corporate and technology roles. The eCommerce giant blames the move on the unusual and uncertain macroeconomic environments in the United States, its home base.

However, Amazon promises to continue to work closely with each individual to provide support, including assistance in finding new roles. “In cases where employees cannot find a new role within the company, we will support the transition with a package that includes a separation payment, transitional benefits, and external job placement support,” said Dave Limp, Senior Vice President of Devices and Services. “We know people across the organization may be impacted differently by this news and will lead with compassion for all team members,” he adds.