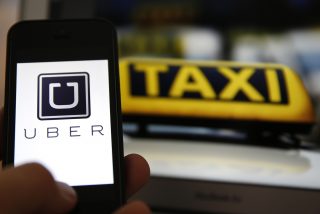 Uber has announced its expansion to Abidjan, Côte d’Ivoire to complement existing transport infrastructure in the country. This development was disclosed by Marjorie Saint-Lot, Country Manager for Uber Ivory Coast.

“I’m excited to be launching Uber in Abidjan, especially with the support from government and regulators,” said Saint-Lot, who is also an Ivorian. It also makes Côte d’Ivoire the first francophone country to host the U.S. ride-hailing giant.

Speaking on what this development represents for the people and businesses of Abidjan in particular, and the rest of the country at large, the Uber executive noted that “the launch in Abidjan puts the city on the global map whilst creating even more avenues for wealth and earning opportunities amongst the people.”

According to a 2018 World Bank document, Abidjan continues to suffer from slow, expensive and unreliable urban transport despite the number of investments in road infrastructure in recent years.

The report added that urban movement is a major challenge in the city due to problems of congestion as the transport system can no longer match up with the population growth in the West African country.

With increased population comes an increased demand for transport. This market situation would be of great advantage to Uber.

“With a population of about 4.7 million, Abidjan is a well-known commercial business hub and top global tourist destination, and the city’s ambitious plans for development and economic expansion make it a perfect fit for Uber,” a statement by Saint-Lot reads, adding that Abidjan joins “15 other cities across sub-Saharan Africa with access to the Uber platform.”

Moreover, work and business activities in Abidjan are concentrated in the centre of the city with fewer jobs in the outskirts. People who live far from their workplaces take a lot of time to reach their offices. They have to travel significant distances to reach these opportunities and at peak times.

This is because a large portion of Abidjan’s population walks or uses the informal public transport system. About 41 percent (or 5.7 million) of the 13.6 million daily trips in Abidjan take place on foot.

“We are both optimistic about the opportunity in Abidjan and committed to enabling meaningful economic opportunities to all licensed taxi operators in the city,” says Alon Lits, Uber’s General Manager for Sub-Saharan Africa.

Alon Lits also declared his confidence in the future impact that the company’s technology and the local team can have. “Uber has the potential to enhance the existing operations of thousands of Ivorian transportation providers as well as continue to improve upon the safety, reliability and affordability with which people move around Abidjan,” he said.

Among many things, Uber has limited the chaotic and accident-prone services of local taxis due to its competitive excellent rides which make people prefer to go with it; it has created job opportunities for many underskilled and unemployed in these countries and has brought about cheaper taxi trips with bonuses as incentives.

With Uber now in Côte d’Ivoire, the country’s transport sector is expected to have an upward shift towards meeting the mobility demands of its citizens. The sector is set to boast of meaningful contribution to its national Gross Domestic Product (GDP).

Uber’s presence would also bring about an increase in automobile startups or investors who may want to consider leasing cars to low-income earners or the unemployed on the basis of hire-purchase agreement.