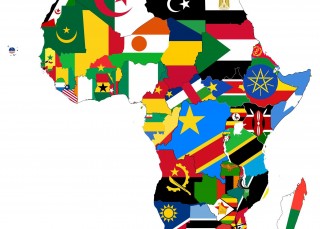 The top five most prospective African countries to watch

With a landmass bigger than India, China, the US and Europe combined, few doubt the scale of the African continent and its resources. However, until recently, only some have seen it as the growth market that it is fast becoming.

Africa has grown its economy by five per cent annually over the last decade. With its population steadily growing towards two billion, the continent is projected to have the largest workforce by 2040. Also, with a collective GDP of $2.6 trillion by 2020 and $1.4 trillion of consumer spending, many see the impact of around 500m new middle-class consumers.

After witnessing its worst recession in half a century in 2020, Africa’s economy is forecast to grow at a healthy pace of 3.8 per cent in 2021, driven by rising global demand as restrictions are eased, untapped market opportunities, a rebound in commodity prices and a rise in oil prices.

While Africa’s vastness and diversity allow for entrepreneurship to flourish across communities, it also poses challenges to creating universal solutions for issues such as poverty and food security, because each country has its unique capacity for innovation. For instance, while Ethiopia, Uganda, Ivory Coast, Egypt, Ghana, Rwanda and Kenya ranked in the top 10 fastest growing economies worldwide in 2020, the continent still holds some of the poorest nations in the world.

African economies are not the same in design. We have the oil exporters: Nigeria, Angola, Libya and Algeria; and the more diversified economies found in Egypt, South Africa and Morocco. Then there are countries transitioning from agricultural to manufacturing and service economies, such as Kenya, Tanzania, Ghana, and Cameroon.

In a bid to diversify away from resources, several nations have been pushing hard to grow other sectors of the economy. For example, while Nigeria remains very much an oil-exporting economy, its service sector now accounts for 60 per cent of its GDP. Its film industry, Nollywood, was valued at $3.6 billion in 2016 and is projected to be worth $6.4 billion by 2021.

In Angola, Africa’s second-largest oil exporter, fishing, agriculture and manufacturing growth now means that a third of government revenue comes from non-oil sources. After the success of m-Pesa mobile payments in Kenya in 2007, many African states have become world leaders in fintech adaptation.

In addition to government support, Africa is attracting global investors due to its vast resource base and untapped market options. Recently the UK pledged to invest $4.5bn in Africa by 2022, which is expected to create jobs and accelerate economic activities.

When we probed into whether Nigeria needs a stronger naira, we mentioned that GDP per capita is a more effective way to measure an economy. Based on steady growth in GDP per capita over the last decade, here are the top five most prospective African countries to watch.

Aided by an extremely favourable tax regime, the GDP per Capita in Mauritius is equivalent to 72 per cent of the world’s average. The financial sector remains one of the main drivers of Mauritius’ economy – notably through cross-border investment activities and banking services. Between 2011 and 2020, Mauritius improved its GDP per capita consistently from $8123.6 to $10,644. Mauritius is such a politically and socially stable economy that it is ranked 21st among the most peaceful countries in the world. Also, the country recently signed a trade agreement with China, making its transportation and financial sectors even more prospective.

Morocco’s economy benefits largely from political stability. In less than a decade, Morocco rose from 114th to 53rd on the ease of doing business rankings. Global Data expects Morocco to be the fastest-growing major economy in Africa.

Since 2000, Rwanda’s economy has grown at an impressive average of six per cent year over year. The East African country is reaping from the efforts it has made to improve its operating environment. Rwanda ranks second in the world for ease of property registration, behind only New Zealand. Rwanda’s GDP per capita maintained an upward trend from $630.93 in 2011 to $834.39 in 2020. Trading Economics expects Rwanda to become wealthier than ever next year, with its GDP per capita around $870 in 2022 and $890 in 2023.

Kenya is one of the leading tech hubs in Africa. Nicknamed the Silicon Savannah, Kenya’s economy has been on an upward trajectory in recent years, growing between five to six per cent. According to the World Bank, it is one of the world’s top performers in Starting a Business and Getting Credit.