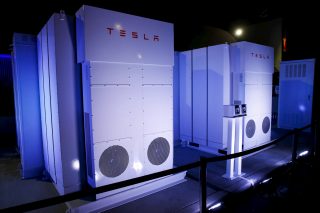 TESLA, a United States electric carmaker and clean-energy company will introduce batteries that can power homes and businesses in Nigeria. This would allow consumers’ in remote areas not on a power grid access to energy and a more stabilized energy source.

Tesla’s incursion into the Nigerian energy market seems well-informed. Consumer groups in Nigeria have raised concerns over the state of power distribution companies(DisCos). DisCos have been accused of estimated billing, exploitation, and unsustainable tariffs after 5 years of power sector privatization from the Nigerian government. Many industries and household consumers are complaining about the services provided to them by DisCos, and it is believed that TESLA batteries could be a solution to this.

However, there are rumours that distribution companies in Nigeria fear that this will lead to a decrease in customers, especially in the industrial sector. Many banking estates and industries already rely on alternative energy solutions. According to a 2016 report by DisCos, the use of these alternatives led to a loss of  about $196.23million.

He also stated that “TESLA’s introduction could take advantage of palpable outrage in a country where over 190 million people share barely 400MW of power”. TESLA batteries have the capacity of storing solar energy and serve as a backup system for consumers during lights out.

Secondly, the introduction of TESLA creates an alternative to power for consumers in Nigeria. It reduces the workload on DisCos and allows them to adequately provide power to consumers on the grid.

Not every individual or small business owner might be able to afford TESLA. However, DisCos could become power suppliers for people who cannot afford it. This way, users can enjoy lower and more stable energy prices while enjoying constant supply.

The TESLA battery system is called a ‘’Power wall” and the energy company will sell at 7kwh for $3000 (about 1.1 million Naira) while the 10kwh will retail for $3500 (around 1.3 million Naira) to installers. These prices suggest that, perhaps, TESLA batteries would be much more affordable for industries and banking estates in Nigeria, as opposed to individual households.

So far, TESLA has been successful in countries like South Australia with over 1.6 million residents.