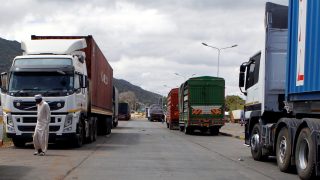 The coronavirus pandemic is causing further friction in already sour relations among member countries of the East African Community (EAC), particularly between Kenya and Uganda, putting at risk cross-border movement of goods in the region at this crucial time.

Kenyan truck drivers and transport companies this week queried the Ugandan government’s decision to stop them at entry points, after which they are made to surrender cargo to Uganda’s drivers for delivery to the final destination within the country. The decision was set off by a rise in the number of foreign truck drivers testing positive for the virus, threatening COVID-19 containment efforts in landlocked Uganda where an average of 1,000 trucks enters daily.

Reports indicate that Kampala had asked companies to recruit local drivers within three weeks to implement the new directives but the Kenya Transporters Association protested the decision on the basis that using multiple drivers in single haulage would raise the cost of transporting goods, compromise the security of goods and trucks as well as lead to a host of other inefficiencies.

The changeover of drivers would create challenges for truckers in tracing drivers’ responsibilities on truck misuse, damages, and theft of fuel, the association argued in a petition which Uganda has yet responded to. Also, relay driving would raise insurance challenges as any accident or theft would likely be challenged by the insurance companies.

Members of the transport group have already been asked to adhere to regulations enacted by regional governments in the fight against the pandemic, adds the petition signed by KTA chief operating officer Mercy Ireri, some of which include the provision of face masks to the truck drivers, sanitizers, hand washing soap, and water as they travel.

In place of relay transportation of goods, the Kenyan association proposed a mandatory COVID-19 test at the border for drivers. If a driver is found to be negative, he or she should be allowed to proceed with the trip while those who test positive should be put in isolation while the transporting company is informed to make arrangements for another driver to proceed with the journey after undergoing testing.

Earlier on, the ill-treatment of Tanzanian and Kenyan nationals who tested positive for the virus by Uganda and South Sudan governments, against World Health Organisation guidelines, had threatened relations in the EAC and the bloc’s common market and free movement protocols. Nairobi and Dodoma currently have the highest numbers of confirmed COVID-19 cases in the region, with 374 and 300 respectively as of Tuesday, compared with 79 in Kampala and 6 in Juba.

Considering the virus outbreak has greatly affected commerce and economies across the region, a free-flowing trade is critical in the fight against the coronavirus pandemic, experts have said, advising better cooperation among EAC member states. Regional integration is even more critical now to move around food items and medical supplies, which are of primal importance in the response to COVID-19.