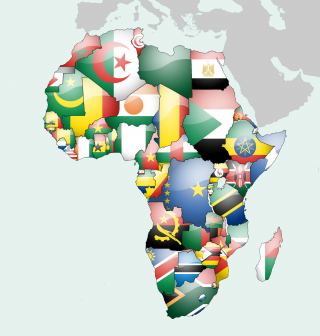 Regional integration is a key strategy for development and intra-regional trade. It is expected to produce huge economic gains for Africa such as creation of jobs, economic diversification, as well as reduction of poverty and inequality. However, overlapping memberships of competing groups is undermining regional integration on the continent.

Discussions about integration have been on for decades in Africa. Distinct blocs representing specific regions on the continent were formed starting with the Economic Community of West African States (ECOWAS) in 1975. The Common Market for Eastern and Southern Africa (COMESA) and the Economic Community of Central African States (ECCAS) were also established to foster economic integration in their respective regions. There is also the Arab Maghreb Union (AMU) in North Africa which has been comatose for years due to militancy and political tensions in the region.

Most countries in Africa rank low on the United Nation’s Human Development Index and about 15 are landlocked, contributing to high trade transaction costs. For poorer countries to join forces with richer ones and landlocked States to team up with those with access to the sea makes sense for Africa. Integration through the early blocs would have improved the continent’s economy but several bottlenecks hinder the sustainability of these blocs.

Economic growth of some countries, especially in East Africa and the need to deepen political, economic and social fields for economic growth and shared prosperity has encouraged the birth of the East African Community (EAC). Similar blocs had been formed in the past in other regions of Africa, but the emergence of one has hardly led to the demise of another. Today, we have countries across Africa belonging to two or more economic blocs.

In 2008, COMESA included members of the EAC and SADC in its free-trade zone and is also considering a common visa scheme to boost tourism. The inclusion of EAC and SADC in its plan is apparently because of the ties with the blocs, especially through overlapping memberships. However, membership multiplicity may make it hard for governments to meet financial obligations to regional organizations and contribute to failure of trade blocs.

Speaking at the inaugural SWIFT Business Forum East Africa, Ehoumann Kassi, Managing Director, Ecobank East Africa highlighted the adverse effect of membership multiplicity for EAC members. “Each member of EAC belongs to another trade block. These may have different trade tariffs and other rules, so this adds layers of complexity.”

However, he notes: “There is still a lot to achieve, but the momentum for regional trade is building. Four of the East African Community, Rwanda, Uganda, Kenya and Burundi, do more trade with each other than any other countries in Africa. We already have a young and growing population, and with Ethiopia and South Sudan, that brings an even more dynamic demographic to the EAC. This, the investment in infrastructure and increasing integration, are a good basis for future growth.”

While the ultimate integration goal of the whole continent remains an all-African common market by 2025, EAC continues widening and deepening co-operation, with neighbours like Ethiopia and South Sudan also looking at joining the bloc. Having achieved most of its set goals so far, the EAC aims to enter into a Monetary Union and ultimately become a Political Federation of the East African States. This may be a good thing for Africa if all regions would form strong partnerships ahead of a continental common market.

Although, recent weakening of the European economy may be raising doubts about the viability of an European Union-styled economic union, the success recorded by the bloc over the years are immense and could serve as a model for Africa. However, the continent will have to decide its own fate based on the realities on ground. If a continental economic bloc does happen, Africa may be on the verge of ensuring economic sustainability and ending the age-long crisis of poverty and food insecurity.