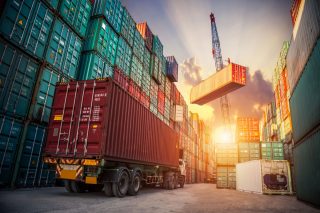 The Nigerian Shippers Council (NSC) has promised to protest against the surcharges imposed by international shipping companies on cargoes imported from across the world.

While speaking in Lagos last Wednesday, during a meeting with members of the Organised Private Sector (OPS), Hassan Bello, Executive Secretary of NSC, stated that the Council had sent a protest letter to the international shipping liners.

The letter demanded the removal of the proposed $1025 surcharge on 20-foot and 40-foot containers or embrace negotiation.

In addition, the organization also addressed a letter to the Minister of Transportation, urging him to discuss this sub charge issue with both the Ministry of Trade and Ministry of Foreign Affairs.

“We want the Nigerian government to lead the protest. We have also written to the Union of African Shippers Association,’’ Bello said.

The Executive Secretary also notified the European Shippers Council, as Nigeria is not the only country facing the sub-charges.

Mr. Bello said China has also staged a protest against the charge. He believes that if all countries involved come together, they will be able to achieve the outlined aim.

The council further disclosed that international shipping imposed Peak Season Surcharge-PSS to the tune of $150 to $200 per container.

Nigeria which was gravely hit by the virus is still on the path to resuscitate its economy and would require favorable economic policies, amongst other financial considerations.

Due to the impact of the pandemic on the global economy, it seems rather inconsiderate to raise shipping fees and charges at this time. “The new surcharge, which as much as $1,400 is a spike, and it has the ability to cripple a fragile economy like Nigeria. It is not transparent, not negotiated when Nigerian ports are already one of the costliest ports in the world,” Bello added.

The movement of consignments in and out of the country was largely affected by COVID-19, due to the lockdown measures imposed globally.