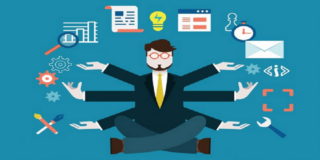 My Pivot Journal: A botanist’s journey to becoming an operations manager at Lazerpay.

“Some people call me a multipotentialite, and some call me a polymath,” Zikora Chukwuka said. Regardless of the words you use, Chukwuka’s experiences demonstrate he is a man of many capacities. Find out how he went from studying botany to being a no-code developer and is now an operations manager at a fast-budding tech startup in Nigeria.

Because of Chukwuka’s multidisciplinary nature, he had diverse interests and struggled to decide what he would study in school. “My mom was a healthcare practitioner, so she wanted me to be a doctor. Unfortunately, I did not get medicine, but I got an alternative course. I did not want to stay home and write Jamb, so I settled for it,” Chukwuka explained.

In 2018, he earned his first degree in Botany from Nnamdi Azikwe University. Before he graduated, he worked at the university’s biotechnology research lab where he worked on low-level plants.

Chukwuka grew up watching sci-fi movies where characters often engage in hacking, and it often fascinated him. Coupled with the fact that he loved creating, he longed to engage with anything tech related. As fortune would have it, he had his first chance to dabble in tech in a tech boot camp organised by the Anambra state government while in school.

“They housed us and fed us for two weeks. One of the instructors/organisers was an expert in the tech space. His appearance and that of his colleagues depicted wealth. I asked myself what kind of field they were in to afford the cost to lodge and feed people for weeks. That got me interested in tech,” Chukwuka narrated.

During the boot camp, he learnt no-code development and digital marketing. No code development is a rapidly growing aspect of tech that allows programmers and non-programmers to create application software through graphical user interfaces and configuration instead of traditional computer programming. No-code decouples programming languages and instead takes a visual approach to software development to enable rapid delivery.

“It is a low-hanging fruit for people who want to go into tech. WordPress, a subset of no-code development, enables you to create websites and even apps without knowing how to write codes,” he said.

Although he had the chance to learn coding after the boot camp, he felt it would be hard managing it with his studies. For digital marketing, Chukwuka took courses on the Fundamentals of digital marketing, and Google ads display,  through the Google digital skills platform, and Arcadium – a platform where learners take training and equally get internships with foreign organisations.

Chukwuka progressed in this tech knowledge with in-person training. According to him, he often struggled to finish courses, but having mentors to rely on during the learning process helped a lot. After watching Youtube videos and reading books, he always reached out to his mentors, especially around no-code development.

“I learnt no code development in two weeks because it was straightforward. But learning is progressive because certain projects require you to learn on the job in terms of applying what you have studied. Digital marketing took me about six months to learn. I had mentors I could ask questions. They were my instructors at the Anambra boot camp. We maintained a good relationship over the years,” he stated.

Chukwuka’s relationship with his mentors helped him navigate the labour market after graduation. He first worked as an operations manager at a tech hub. Then he worked as the head of content at Petros Global, a creative agency. “I used my no-code skill to redesign the company’s website, which increased customer trust and online visibility. One of the freelance projects I handled was for La Bueno Vida,” he said.

Chukwuka presently works with Lazerpay as an operations manager. The role is administrative, and because the development of startups is fast-paced, he has to wear many hats, thanks to his wealth of experience.

He is also the founder of Anambratechies, arguably the largest indigenous tech community in Anambra state. “This is my state, where my journey started. I feel compelled to give back, and it is part of the bigger picture for me,” he said.

For Chukwuka, his relationship with people has been beneficial to his career. “Asides from relationships, showing up and going the extra mile to get things done is important. People would always think about the guy who made an impression. Also, everything is not about money. I have done a lot of pro bono work since I started out. You may not see the result instantly, but it will come eventually,” he said.