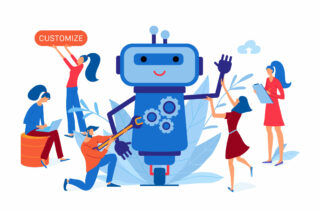 My Pivot Journal: How a geologist became a robotic process automation developer

Onyinyechi Odiegwu’s journey into coding was not a smooth one. All she wanted was to gain a new skill and start earning ‘tech money’. But without a laptop, there was only so much she could do. After several weeks of shuffling between babysitting, night learning, borrowing laptops, and even dropping out of a course, Onyinye finally became a tech sis. Here is Onyinye’s pivot journal.

Onyinyechi earned her BSc in geology from Delta State University. After her first degree, she got a teaching job in a primary school while waiting to be called for the compulsory National Youth Service. “Teaching was a nice experience,” she says. “Before my arrival, some of the pupils had difficulties understanding some subjects. I had to come up with new methodologies that made it easier for them to assimilate,” she adds. Onyinyechi worked there for six months before she left to serve in Calabar. In Calabar, Onyinechi was posted to serve as a geologist in the Department of Environmental Impact Assessment under the federal ministry of environment. “There, I was in charge of documenting and assessing environmental impacts on different locations. I worked closely on projects and wrote reviews on the environmental impact those projects would have,” she notes.

After her NYSC, Onyinyechi moved to Portharcourt and focused her energy on job hunting to no avail. “The jobs were just not coming through,” she recalls. It did not help that it was during the Covid-19 lockdown. So, she decided to pause the fruitless job search. She needed to find something else to do with her time. That was when she heard about tech. “A friend brought my attention to tech. And it just seemed so interesting. Like how do the things on the internet make it there? How does it work? ” she recalls. Onyinyechi decided she would spend her time finding out. “Eventually, I just could not get my mind off the idea of tech,” she adds.

Onyinyechi began learning how to code. “It was not a smooth learning process for me because I did not have a laptop which is the basic learning tool,” she says. She would use her smartphone to watch every video on coding she saw on YouTube. But when it came to practice, there was only so much she could do with a phone. At a point, learning became less interesting and more stressful. But she was already sold on the world of tech. “I knew if I applied myself and practised enough, I would be a master in no time. I just needed the right tool and dedication,” she says. So she borrowed a laptop from her friend.

One day, while surfing the internet, Onyinye came across a flyer. An online digital school, was running a three months intensive program for tech enthusiasts. “They were offering a discount on the fees for their courses. So I seized the opportunity,” she recalls. Her sister agreed to help her with half the payment. She commenced the program, hoping to complete the fees as the program went by. “During my time there, I learned more about HTML and CSS,” she recalls. “I realized I was comfortable learning about codes. I hear when people complain about coding, but it came easy to me. So I knew I was on the right path with software development.” Sadly, Onyinye could not complete her fees and had to stop the program.

But Onyinye was not satisfied. The program had succeeded in heightening her interest. So, she decided to continue her coding journey by self-learning. “I still did not have a computer so I would ask my sister’s husband for his laptop to use it at night,” she says. “It was an interesting period. I would babysit my niece during the day and learn at night. It turned out to be a routine.” Onyinye’s goal was to be excellent in HTML, CSS, and Javascript. She started posting her learnings and results on Linkedin. She was also intentional about creating connections in her niche. “That is how I got a mentor who assisted me every step of the way,” she states. “Being public with my work at that stage also helped me gain exposure.”

After two months of learning about software development, Onyinye’s sister introduced her to someone who needed the services of a web developer. Onyinechi took the gig and was paid her first N100,000 upon completion. “It was later I found out from another developer that the gig was worth up to N400,000,” she recalls. That job earned her referrals. In no time, she got her second gig. This time though, she decided to work with a friend who was also pivoting to tech. “We worked on it together, leaned off each other’s skills and shared the proceeds,” she says.

Onyinye used the money she raised from her first two jobs to purchase her first laptop. “After getting my laptop, learning became easier and more fun,” she says. “This time there was no limitation to what I wanted to achieve. I was more efficient and productive.” After a while, Onyinye became bored waiting for gigs to come. She knew she was ready to move to the next level and start earning big from tech. She spoke to one of her friends on Linkedin, who told her about a remote internship position at NextCounsel Limited, Lagos. She decided to go for it. It was at NextCounsel, Onyinye got a better understanding of front-end technologies.

“The company had a Udemy account and as an intern, I had access to use their resources,” she recalls. She learned about Typescript, Tailwind CSS and Vue js. “The experience was worthwhile. I was learning a lot and getting monthly stipends,” she adds. After her internship at NextCounsel, Onyinye took a short trip to Lagos to visit her friends. Although she was there to relax, she kept her eyes open for job opportunities. While on the trip, she met the founder of an early-stage logistics startup, who saw her skills and agreed to onboard her. The result was Onyinye building her first website, a logistics platform called Carry-go.”It was my first big gig. I worked alongside brilliant tech-savvy individuals like project managers and product designers. It was on that project I got to use a key framework I had learned.’’

Onyinyechi currently works with Wema Bank as a software developer and robotics process developer. She started as a graduate trainee and after three months of intensive training with the bank, she was inducted as a full-staff software developer. “The training was helpful,” she says. “It was during the training I learned the coding language C-sharp,” she recalls. She got a job offer to work in the bank’s head office and relocated to Lagos permanently.

Over time, Onyinye has taken courses on Coursera to advance her career in tech. She got certifications in Introduction to data analytics, Introduction to cyber-attacks, Design thinking for innovation, and AI for everyone. She now wears the hat of a robotics process developer. “RPA is ultimately about automating some of the most mundane and repetitive computer-based tasks and processes in the workplace,” she says. Onyinye has also created two other websites – chief foundation, and amukpecommunity.

“Don’t go into tech because you feel like everyone is doing it. If you’re not passionate about it, you will certainly quit along the line because you may not keep up with the technicalities that come with it. You need to love what you desire to go into, find your niche, and stand out.”