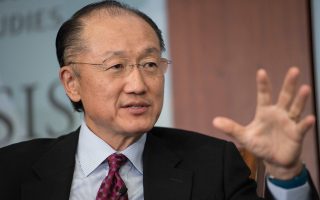 In an administration where the celebration of its achievements have been few and far between, perhaps the second most exciting news last year for Nigeria, after its exit from recession, was the move 25 places up the ‘Doing Business’ ranking. The ranking compares a country’s business environment to others around the world and is the first port of call for investors looking to start a business in a foreign country. It measures indices like registering your business, getting permits, making property transfers easier etc. However, with recent news coming out of Chile, Nigeria needs to probably pause its celebrations.

Paul Romer, the World Bank’s chief economist in an interview with the Wall Street Journal claimed that he found irregularities with the methodology used in the ranking; irregularities that could have been politically motivated. The country that seems to be most affected by this change is Chile, which has moved from 34 to 57 in the rankings. These numbers have been peculiar to different administrations; the highest position of 34 was reached on the Doing Business rankings during former president Sebastian Pinera’s administration from 2010 to 2014, while it crashed to the 57th position in administrations on either side of Pinera’s.

Romer apologized to the Chilean government, which Michelle Bachelet currently heads but not for much longer. She was president of Chile between 2006-2010, with the Doing Business ranking tanking to the 57th position under her administration. Pinera took over in 2014, and Chile moved up the rankings to the 34th position. Bachelet became president again in 2014, and now would be handing over to Pinera again who won the elections in December 2017, with Chile having gone down the Doing Business rankings under her again. Bachelet has often been criticized for her socialist policies, and for the slow GDP growth in Chile now. Pinera, on the other hand, has promised to double Chile’s economic growth, and create a conducive environment for businesses to thrive.

“I want to make a personal apology to Chile, and to any other country where we conveyed the wrong impression,” Romer told the Wall Street Journal after he made these revelations. However, those apologies will make little difference now as Bachelet has called on the World Bank to review the rankings, a proposition which the World Bank has agreed to do.

What it means for Nigeria

For countries like Nigeria, whose selling point for investors to come into the country has been hinged on the ‘Doing Business’ ranking, this is significant. A revision of the rankings could see many countries, including Nigeria, move up or down the rankings, and would call into question the accuracy of the methodology used in previous rankings, and also in other reports released by the World Bank and other international organizations. And since Nigeria has a knack for formulating policies based on reports like this, it goes to show perhaps many of our policies have been based on biased reports, rather than an impartial methodology. Two international brands in Etisalat and Intercontinental hotels have pulled out for Nigeria mere months after Nigeria’s move up the Doing Business ranking was announced. It is ironic that Nigeria’s toxic business environment is the reason those big companies are pulling out, while Nigeria moves 25 places up the  Doing Business rankings.

The dynamics of celebration will surely change when the World Bank revises the ‘Doing Business’ ranking methodology. While other economic indicators have provided a positive outlook for the country in recent times, a move down the Doing Business rankings would surely dampen what Nigeria’s V.P. called “proof” that President Buhari’s reforms are working. On the other hand, the revision could lead to further movement up the rankings for Nigeria. Either way, what this has proved is international bodies like the World Bank or International Monetary Fund still have their operations shrouded in secrecy and are perhaps as corrupt as the countries they give loans to.