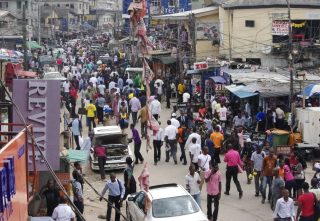 Nigeria moves up the World Bank’s Doing Business ranking. What does this mean for businesses in the country?

Nigeria moved 24 places up from 169 in the latest Doing Business report released by the World Bank. The Doing Business Index measures the ease of doing business in any country. New Zealand was ranked the country with the most conducive environment to start and operate a business, while that with the least conducive environment occupies the last position was Somalia at 190. This latest ranking also placed Nigeria in the top 10 most improved economies in 2017. But how does this affect the average Nigerian?

Among the reforms instituted by the Nigerian Government to make doing business, easier this year was strengthening access to credit by creating a centralized collateral registry, improving government online portals, making property transfer easier, etc. However, these reforms were observed by the World Bank both in Kano and Lagos, the two biggest commercial cities in Nigeria. Though they probably have more businesses than the rest of Nigeria combined, other cities too should have been included in the research to encourage investments in other Nigerian cities.

For a country often described by foreigners as being hard to succeed in doing business, these reforms and their subsequent effect on the nation’s Ease of Doing Business rankings could mean more FDI for the country. A good business environment is a fertile ground for investors. Nigeria ranks only lower than Kenya (80th position) and South Africa (82nd position) for sub-Saharan countries, and by continuing to implement better reforms, the country will move up the rankings. According to Paul Ajayi, a Senior  Business Analyst with a Lagos-based Tech Entrepreneur, this news is capable of “putting food on the table for many Nigerians.”

“If a big company like Walmart finds it easy to do business in Nigeria, it means there’ll be jobs for people as they [Walmart] would employ more people.” Nigeria is the most populated nation in Africa, and hence the biggest market on the continent, and will continue to be at least until 2050. It is a foreign investor’s dream. However, the exit of foreign companies from Nigeria in recent years e.g. Woolworths and Etisalat, has seemingly emphasized how hard it is for even big companies to survive in Nigeria. Nevertheless, these new reforms and the new ranking would surely go a long way in helping rebuild the image of Nigeria.

On the other hand, big businesses have been known to drive out local SMEs. Ajayi went on to say an influx of foreign investors with big budgets could “push local SMEs out of business” since they wouldn’t be able to compete against such budgets. Before Nigeria’s exit from recession this year, the importance of SMEs on the Nigerian economy came to the fore. SMEs currently contribute at least 47% to Nigeria’s GDP, and an influx of foreign investment could see that number reduce, along with the numbers of gainfully employed people. The government could institute reforms now, that would protect SMEs from the inevitable effects of large-budget foreign companies.

The move up the Doing Business rankings is a commendable effort from the Nigerian government and indicates that at least one of its goals in the much-lauded Economic Recovery and Growth Plan is working. As cautioned by Vice-president Yemi Osinbajo, there is still much work to be done before the effect of the reforms will be felt by all Nigerians.