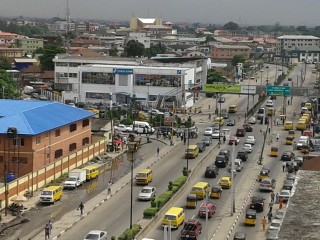 The fall of Yabacon Valley

Yabacon Valley with all its fanfare might be disappearing and we don’t know how to reverse this sad reality.

Yabacon Valley is the aggregation of tech and tech-based businesses in the Yaba area of Lagos and has been in existence since at least 2011. The name “Yabacon Valley” was coined by Blaise Aboh and has come under fire from people in the Yaba tech space preferring names like Yaba Right and Silicon Yaba. While tech startups and developers in the Yaba area aren’t exactly disappearing, the tech cluster that got Yaba the title of “tech ecosystem” may be doing just that.

Recent trends show that the much-celebrated tech ecosystem of Lagos might not be in Yaba in a couple of years. This is partly because of the difficulty of attracting investors to Nigeria that can be blamed on the economy. Investments in Nigeria are extremely risky as the economy is in a state of constant flux. Frequent changes in the policies adopted by the Central Bank of Nigeria means that the value of an investment in a tech company in Nigeria might be considerable of less value by the time it gets here. But there is now a rising cost of doing business in Lagos and Yaba especially which will potentially lead newer tech startups away from the Yaba space to cheaper locations which may or may not be outside of Lagos.

The foundation of what is Yabacon Valley was laid by Femi Longe and Bosun Tijani with their tech hub and incubation centre – CCHub. CCHub – the Co-Creation Hub – on Herbert Macaulay road is a six storey open living lab and preincubation space that serves as home to over fifty Nigerian startups.

CCHub marked the beginning of a visible tech space in Nigeria. Entrepreneurs trooped into the hub and the surrounding Yaba area to establish tech startups. MTN, Google, Nokia and, recently, MainOne have served as sponsors of CCHub. And beyond providing home space for most of the tech companies in Nigeria, CCHub also provides support in the form of mentorship and funding especially through the pre-incubation stages of their businesses. This move has brought a close-knit community as well as financial sustainability. There has also been a noticeable development of the telecommunication industry in the Yaba area. Mobile and Internet service providers find themselves competing for an already prime market where the provider of the best while cost effective service takes all, pushing telecom companies to their limits in terms of service efficiency and offerings.

The age of e-commerce

Entering the Nigerian market as its own ecosystem of tech startups consisting of Jumia, Kaymu, Carmudi, Jovago and HelloFoods as the African Internet Group, Rocket internet became arguably the single biggest employer of talent in Yaba. Rocket Internet is a German company that replicates and aggressively pushes its replicas of already thriving businesses in emerging markets. Within a few months of Rocket Internet’s Jumia joining the market, Konga joined in to provide competition in the e-commerce sector. By the sheer volume of coders and support staff employed by Jumia and the African Internet Group in total, Yaba deserved its title of a tech hub.

Mark Essien’s Hotels.ng came to Yaba in 2013 as an aggregator of hotels and hospitality services in Nigeria. Hotels.ng is an online hotel booking agency. The startup was able to raise $75,000 and, subsequently, $150,000 from Spark.ng, a startup fund started by Jason Njoku of Iroko TV. In May of 2015, Hotels.ng received $1.2 million from the Omidyar Network and EchoVC Pan-African fund. The deal was hyped by mainstream media praising the quality of the Yaba based startup, but also the ecosystem it found itself in. A profitable Yabacon Valley became a thing and was properly opened up to the rest of the world bringing with it quiet hope – if Hotels.ng could do it, my tech product can do it.

Andela, founded by Iyin Aboyeji, Jeremy Johnson, Ian Carnevale, and Christina Sass, entered Nigeria as an upgrade on Iyin’s first startup: Fora. The model of Andela was simple – train software engineers, outsource them to established companies in and outside Nigeria. Being the first of its kind in Nigeria, Andela was in the media eye for the longest time ever. After a $24 million funding from the Chan-Zuckerberg Initiative in 2016 and the subsequent visit of Mark Zuckerberg to Andela and CCHub in Yaba, Yabacon Valley got more validity as a tech ecosystem.

Printivo, tagged as the future of printing in Nigeria raised an undisclosed but six-figure investment from venture capital firm, EchoVC Partners. Officially launched in January 2014, Printivo was funded from the personal funds of the three founders and offered Moo.com-esque services in Lagos to small and medium scale enterprises.

As the hype from Zuckerberg’s visit to the Yaba tech space was dying down, Andela moved its base of operations to the US. From an operations point of view, this makes sense – a US based company running camps in Nigeria, Kenya and now Uganda outsources cheaper while world-class engineering talent to the American market. While the effects of this move do not diminish Andela or its achievements, instead, it takes away from the aura of a developing Yabacon valley. A developing ecosystem stripped of one of its biggest players might not recover as easily as it will like too. At $5,000 a month for a developer from Andela, the market is hardly in Nigeria and a move to the US makes sense.

The proximity of the Yabacon valley to two major institutions of higher learning: the University of Lagos and Yaba College of Technology on paper meant that the unemployment problems of Nigeria would be reduced. But this was not the case. Based on educational curriculum alone, the products of these institutions are hardly well-grounded or world-class software engineers. It was based on this problem that Andela was founded – to train world class engineers to position Nigeria in the world tech map. The basics for software engineers and developers like data structures and algorithms are taught, to an intermediate level at best. Concepts that are instrumental to development like version control, development environments, and their setups, as well as best practices in writing code, are barely touched on. More than half of the talent in the Yaba tech space is self-taught and this begs a question of continuity and self-sufficiency.

Unlike the emerging tech market in Lagos, the rest of the economy is largely based on the Island. With most banks, oil companies and multinationals based on the Island, the pressure to set up shop on the Island for better visibility and access to potential clients is immeasurable. A worthy addition to the Yaba tech space would have been Flutterwave; a new financial technology company by Iyin Aboyeji, co-founder of Andela. This company operating out of San Francisco has a Nigerian team and office in Lekki, Lagos. Perhaps the age of Yabacon Valley is over and its general appeal was gone. The Island provides many opportunities for professional opportunities and development for entrepreneurs and their companies as it brings a totally class system.

In January 2017, the governor of Lagos state Akinwunmi Ambode visited CCHub to discuss with the engineers and entrepreneurs in the hub. Yabacon Valley had presented itself as a prime source of revenue generation for the Lagos Inland Revenue service. The funding and revenue gotten from the tech base could go a long way in solidifying Lagos’ position as the fifth largest economy in Africa. In his discussion with Femi Longe, the governor promised to place the Yaba area on the same electric channel that the government secretariat in Ikeja enjoyed. This promise was to help alleviate the costs of running businesses as power costs are on the rise.

The governor of Lagos state, Akinwunmi Ambode spoke about building government-run technology hubs around the city but almost immediately decided against it citing the progress CCHub had made and spoke about making moves to collaborate with privately run hubs. A government investment in technology in the form of hubs, steady electricity and favourable tax laws for the Yaba area could lead to an influx of tech talent and capital back into the Yaba area. In 2016, CCHub began receiving applications for its Growth Capital initiative. The initiative was born out of the need to support startups from ideation, pre-incubation to incubation. The initiative by CCHub in partnership with Bank of Industry, Venture Garden Group and the Omidyar Network is an investment arm that is set to invest 1 billion naira in social tech ventures who are building technologies that make public services smarter while connecting them to citizens and/or smart technologies linking multiple public services together to make them more accessible to citizens.

The outward shift of startups from the Yaba area might be proof that the allure of having a close-knit community might just be superficial. Businesses often move their operations to places where better environments or where it is cheaper to operate. Jumia and Andela have moved their businesses out of Yaba to Ikeja. Paystack; a payment processing company never entered Yaba. Perhaps the ecosystem was not developed well enough to ensure sustainability.

There might be a community of developers in the Obafemi Awolowo University circuit but it’s too early to call if they can make a serious push to dislodge Lagos and Yaba as the Nigerian tech base. Lagos is the land of opportunity and without the privilege of its past status as the capital of Nigeria as well as the investment by the state government, Osun State and Ife can hardly challenge Lagos. While providing impressive engineering talent, it’s hard to see a future where the tech talent and alumnus of the OAU developers group do not migrate to Lagos for their opportunities in personal and professional development. But in the age of the internet, the move might be unnecessary. With more Nigerian developers working remotely for companies in the US, UK, and Germany, the right type of ecosystem for a tech hub might develop in Ile-Ife.