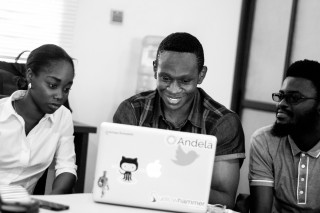 Andela, a Nigerian start-up company based in Lagos and New York, has received a $24 million Series B funding round from the Chan Zuckerberg Initiative founded by Mark Zuckerberg and his wife, Priscilla Chan. This is the first leading investment by the initiative formed late last year after the birth of their first daughter. This development shows that Africa is well on its way to becoming the next tech hub following the shortage of developers in Silicon Valley. Since there is a shortage, Andela is in a good position to link the best coders in Africa to the global economy through its school.

Andela is a startup coding school, which has brought a brand new approach to education on the African continent. Instead of charging students for a four-year degree before releasing them to a brutal economic environment characterised by high unemployment, Andela recruits intelligent, local talent through a rigorous testing and interview process and then pays each student each month, with benefits. As they progress through the programme and take on greater responsibility, Andela fellows are eligible for pay raises.

Many of the recruits are young men and women in their mid-twenties about to enter the job market. Many have not had any experience with coding or the world of technology beyond the use of a mobile phone. Andela’s business model centres on training these students to be proficient in software and web development, before making their talent available (while they are still in training) to companies around the world in need of engineering talent.

Andela currently has campuses in Nigeria and Kenya and plans to open a third office before the end of the year with this investment.

Andela launched on the 1st of September 2014, with six students selected from a developer boot camp, in the office building it currently occupies on Herbert Macaulay Road, not far from the famed Co-Creation Hub, an incubator at the centre of Nigeria’s tech revolution. Within two months, the start-up had outgrown the space and initiated the search for a larger office. On the 19th of December 2014, E tweeted a picture of two yellow-painted stretch bungalows: “Looking at this 2 acres property next to us with eyes of faith. #2015 #leggo #specialzone #yaba,” the tweet read, indicating the young company’s potential plans.

An eight-minute drive away from the company’s offices on Herbert Macaulay, Andela is putting the final touches on a new, 800-square-metre campus called Amity. The three-storey, cream-painted cube structure, which previously served as a teaching hospital as well as as administrative block for a university, stands out from the colony of residential buildings clustered around it. From the roof terrace there are breathtaking views of Yaba, stretching all the way to Lagos’ famous Third Mainland Bridge and the financial district in Marina. The 20-plus room Amity campus is designed to give fellows an aspirational feel. When I visited, there were still renovations going on around the Andela fellows hard at work in air-conditioned rooms full of shared work stations, Apple laptops and executive leather chairs.

The building also has a cafeteria on the ground floor courtyard, which offers fellows free lunches. Amity can accommodate 45 boarders to provide certain fellows with respite from the three hours of commuting that many face on a regular basis. “We want them to eat, think and sleep tech. That’s how we sieve out the lazy ones and those in it only for the money,” E said. He hopes that the close quarters but open vibe of the campus will help students to build connections that will grow the Lagos tech scene. “What we imagine is that people come here, they make friends, they find cool families for whatever they want to do for the next four years. And that the relationships that have a massive impact on the ecosystem for the next four years, five years are built here,” he said enthusiastically.

For more insight, listen to the podcast below :