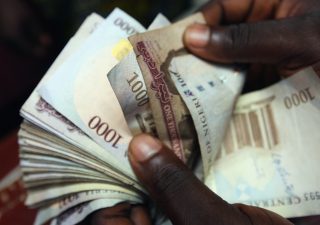 I finally got to watch Netflix’s Squid Game. What first caught my attention was not its unique storyline, but rather the low value of the South-Korean Won. How come a country with such a weak currency is both the world’s 10th largest economy and the 12th richest country?

Thanks to older folks, we have heard many stories about Nigeria’s “good old days.” Often, we are bombarded with stories about how the naira used to be stronger than the dollar. As of the close of Monday’s trading session, one dollar cost nearly N414 on the official market and over N560 on the black market. If you ask the average Nigerian today what his dream for the country is, he or she would most likely say “a stronger economy.” An economy where one naira equals one dollar. This was one of the campaign promises of the current Buhari-led administration. Many interpreted that promise to mean the Nigerian economy would become as strong as that of the United States.

Nigerians seem to be obsessed with the exchange rate that we barely pay attention to the economy. Sites that regularly display parallel market exchange rates have become extremely popular in the country. And as the naira depreciates, we groan and panic. Even the Central Bank of Nigeria seems to be missing the mark on this. The older generation is quick to reminisce on the days of the strong naira but ignore the problems that came with it. Yes, problems.

Before the oil boom, agriculture was highly lucrative in Nigeria. In the 1960s, Nigeria was the world’s largest palm oil producer, having a global market share of 43 per cent. However, as crude exports began to soar, Nigeria’s agricultural output began to dwindle. Also, as the naira strengthened, agricultural exports became more expensive, so demand fell. Meanwhile, cheaper imports encouraged Nigerians to buy foreign goods. Today, imports are more expensive, hence the weaker naira.

“A currency’s valuation is determined by several factors, but majorly demand and supply. Naira is low today despite Nigeria being the largest economy in Africa. Due to our excessive importation and minimal local production, we place a high demand on the US dollar. The margin in our Balance of Payments keeps widening due to our over-reliance on imported produce, including the refined version of the oil we produce,” said Christopher Epenesi, a foreign exchange expert and economist.

Many Nigerians believe the naira’s weak exchange rate is the problem, but the biggest fiscal enemy is inflation. In the words of Margaret Thatcher, “Inflation devalues us all.” Inflation erodes purchasing power, and Nigeria has a high inflation rate. Here is a simplified scenario: Let’s say I earn N100 monthly, and I spend all my money on bread. If each loaf costs N10, I can afford 10 loaves today. If inflation is 10 per cent a year later, this means that the price of a loaf of bread will go up by 10 per cent, so each loaf costs N11. When I go to the market with my N100, I will only be able to afford nine loaves of bread (N11 x 9 = N99). My earning has not changed, but inflation has eroded my real spending power and made me poorer. My N100 is worth less today than it was yesterday.

Don’t get me wrong. Nigeria’s falling exchange rate is still a problem, but that is only because the country is import-dependent. The less we need foreign goods and services, the less we are affected by the exchange rate. Nigeria’s economic problems are more about productivity than the exchange rate. Currently, $1 equals ₩1,197.16, but only 17.4 per cent of South Koreans are poor. Conversely, nearly 67 per cent of Nigerians live below $1.25 a day. Having a stronger currency than the Korean won does not take away the real problems.

Nigeria is Africa’s largest economy, with a GDP of $514 billion in 2021. However, this does not reflect how Nigeria compares to other African countries in the quality of its economy. The “largest economy” status becomes less impressive when you realize Nigeria is Africa’s most populated country. Furthermore, in qualitative terms, Nigeria ranks 17th in Africa in GDP per capita. For context, GDP per capita tells whether we are getting richer or poorer as our population increases. In 2014, Nigeria’s GDP per capita peaked at $3,100. But just one year later, it fell to $2,700. Mere observation of the GDP is not enough. You have to compare it to population growth.

The federal government spends heavily on incentive programmes such as N-Power, but these schemes do not boost productivity or economic strength. Essentially, Nigeria needs better solutions. Small loans and grants will not change the fact that Nigeria ranks 21st among African countries in ease of doing business.

Foreign Direct Investments, which help boost the economy, have declined to their lowest in 11 years. According to a report by fDi Intelligence, a specialist division of the Financial Times, Nigeria has the highest number of tech startups, with most of them operating within the fintech industry. Consequently, we have recorded a significant level of startup funding this year, including Kuda’s $55 million Series B. However, the country is failing in other areas. Socio-economic problems such as kidnapping and banditry still have to be curbed to make Nigeria’s ecosystem appealing to investors.