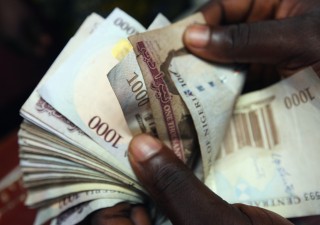 The United Kingdom Export Finance (UKEF) has listed the Naira as one of the currencies eligible for local currency financing. The Naira is one of only three African currencies pre-approved for financing the purchase of capital goods and services. This development is seen as a move to support trade and investment between the United Kingdom (UK) and Nigeria in which Nigerian importers of UK goods can be absolved from foreign currency risks and also avoid a variable debt service cost.

The UKEF, which is the export credit agency of the UK, helps UK companies provide buyers overseas with competitive long-term financing for projects that support bilateral trade. UK Export Finance guarantees a buyer credit loan to an overseas borrower in local currency, financing the purchase of capital goods and/or services from a UK exporter.

“This is a clear indication of how much value the UK places on its relationship with Nigeria,” Paul Arkwright, the British High Commissioner to Nigeria, said in the UK’s credit agency statement. “It will provide a firm foundation for a significant increase in trade and investment between both countries.”

“The UK believes that no one intending to transact with British businesses should be hindered by lack of financing. By allowing Nigerian businesses easier access to world-class goods and services, we are supporting both the Nigerian and the British economy,” he added.

This local currency financing structure will follow the same format as a conventional buyer credit in Pounds sterling or any other currency approved currency. However, the deal comes with some major criteria, as seen on the website of the UK government, that importers must fulfil. It mentions that exporters must be carrying on business in the UK; the contract value must be at least the equivalent of £5 million in an acceptable local currency; and there must be an acceptable financial institution to act as the loan funder/arranger/agent.

Ben Ainsley, the Head of the Department for International Trade (DIT), Nigeria, said the agreement is the feedback from the UK trade envoy’s visit to Nigeria in November. “We are excited to be able to offer Nigerian, as well as British, businesses the ability to enter trade arrangements that are financially feasible for both sides,” he said. “This was a key issue raised by members of the local business community when the trade envoy was here last November. “We listed and took this feedback to London. DIT is ready to work with Nigerian businesses to identify potential trade partners across the market,” he added.

According to the National Bureau of Statistics, Nigeria is a major trade partner of the UK with an average import value of N325 billion annually. Reports also suggest that the volume of trade between Nigeria and the United Kingdom could exceed N7.7 trillion (£20 billion) by 2020. This deal will definitely foster the trade relationship between the Nigerian government and UK, as the UK looks for new trade partners after Brexit.