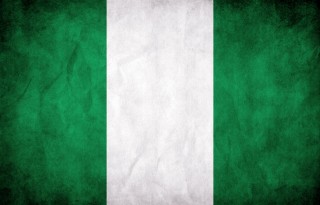 Have you heard of these four record-breaking scholars from Nigeria flying the country’s flag overseas?

“Genetically, Nigerians grasp knowledge easily,” said a Russian diplomat at an event organized to honour a young Nigerian doctor this year in Abuja. While that is subjective, it is a fact that Nigeria is blessed with exceptionally talented and brilliant individuals who have blazed the trail in various aspects of life, globally.

From fashion, sport, to entertainment, and literature, the likes of Tiffany Amber, Kanu Nwankwo, Fela Anikulakpo Kuti, and Chinua Achebe have placed Nigeria on the international stage. However, in the last two years, a number of young Nigerians have made their marks in academia in different countries across the globe.

In his first semester at Tokai University, Japan, Akwa Ibom native, Ufot Ekong, solved a mathematical puzzle that students have been unable to solve for three decades. The 24year old didn’t stop at that, he went on to break a 50 year old academic record by graduating the ‘Best All Rounder’ with a first-class degree in electrical engineering, and getting the highest grades the university had witnessed in 50 years.

The remarkable young man didn’t achieve these feats on a gold platter, Ekong worked two jobs to pay his tuition through school, and runs a retail wears and accessories shop in Japan called Strictly African Japan.

Ekong’s talents aren’t limited to academia; the young lad is also a linguist – fluent in Japanese, French, and Yoruba, and had won a Japanese language award for foreigners. Currently working for Nissan, while undergoing a Master’s Degree programme in Electric/Electronic Systems Engineering, Ufot Ekong already has two patents under his name for developing an electric car.

Three months ago, Dr Victor Olalusi was honoured by the Federal Ministry of Education Nigeria for being an ambassador of excellence. As a medical student, Olalusi scored a 5.0 Cumulative Grade Point Average (GPA) for seven consecutive years at the Russian National Research Medical University (RNRMU), Moscow. This made him the best graduating student in the whole Russian Federation in 2013.

Olalusi never fell below 5.0 in all the courses he took throughout his course of study, not even in the Russian language class. Prior to achieving this feat, this phenomenal young man had a string of notable achievements – Best WAEC result Nigeria, 2004, Cowbell Award in 2006, Highest Post UME score at the Obafemi Awolowo University (OAU) in 2006, OAU Medicine First Merit list in 2006.

For his astounding academic performance, the RNRMU placed Olalusi in the institution’s hall of fame for academic excellence. At the event organized to honour Olalusi, Artem Romanov, a representative of the Russian Embassy, said that Nigerians are blessed with abundant human potential, “It has been acknowledged in the Russian Ministry of Education that Nigerians have a lot of exceptional talents.”

At 22, Osarieme Anita Omonuwa bagged a first class honour at the University of Reading, United Kingdom, making her the first black woman to win the Reading University Chancellor’s Award in the history of the 121-year-old institution.

Just like Ufot Ekong, Omonuwa was awarded a total of six prizes – Student of the year, Best female graduating student, Council of Legal Education Star Prize, amongst others.

Omonuwa has always been a star child, always topping her class, right from her kindergarten days. In the 2008/2009 academic session at the Igbinedion education Centre, Benin City, she took home several prizes, including that of the best graduating student.

On her arrival in the United Kingdom, Omonuwa received the University of Reading scholarship award in 2010, and was also recognized as the best student in the international foundation programme.

The 22 year old was once described by her university chancellor, Sir John Madejski, as “a representative of our brightest and best students.” And to celebrate Nigeria’s centenary last year, Osarieme Omonuwa’s photographs donned the walls of the institution as a symbol of excellence.

In July, 24 year old son of former Minister of Youth Development, Oluwatobi Olasunkanmi, was awarded the William Charnley Prize for excelling at the University of Cambridge, United Kingdom.

Olasunkanmi graduated with the best First Class in Law at the renowned university, and was also the only black student in the graduating set.

Dr Philip Johnson, a senior tutor at the university, congratulated Olasunkanmi, “Many congratulations on obtaining the best Hughes Hall First Class in your BA in Law. In recognition, the College has awarded you with the William Charnley Prize.”