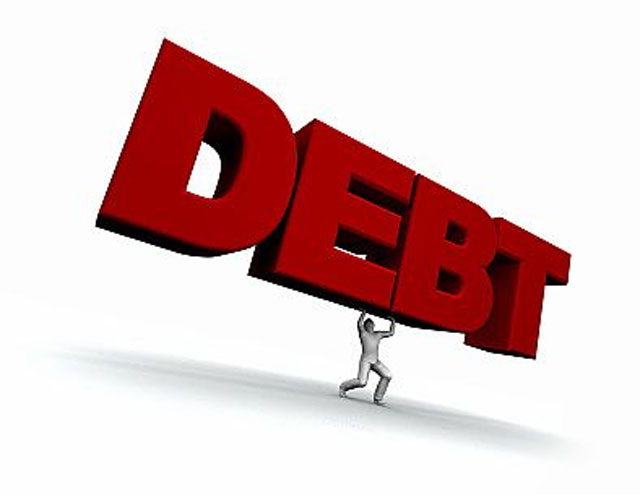 Will Nigeria Witness Another Borrowing Spree In 2015?

Nigeria’s total debt portfolio has risen 30 percent to $62 billion in 2014, up from $47.6 billion as at September last year. The country’s external debt stood at $9.52 billion, 15 percent of the entire debt stock. Domestic borrowing however accounted for bulk of the total money owed by Africa’s largest economy.

Nigeria, Africa’s largest economy, has twice raised funds from the bond market since its debt relief in 2005. First in 2011 with a $500 million 10-year Eurobond, then in 2013 when it issued a $500 million 5-year bond at a yield of 5.375 percent and a $500 million 10-year bond with a yield of 6.625 percent. Aside the government’s capital sourcing tours, state governments also embarked on a bond sale spree in 2013, offering Islamic Bonds (Sukuk) and chasing other forms of capital. But with infrastructure and capital spending still a mile away from re-current expenditure, international economic bodies are questioning the rationale behind seeking such huge funding.

The International Monetary Fund (IMF) had, on several occasions, warned West African countries including Nigeria to use the money borrowed from external sources on profitable projects to enable them recover the cost and escape a default.

“What we have noticed in many countries, is that increases in borrowing has not necessarily been accompanied by higher spending on infrastructure on the capital side, but has been accompanied by increase in spending on the current side. So that has an impact on the ability to pay this debt,” Mr Sanjeev Gupta, the IMF Deputy Director Fiscal Affairs Department, said while answering a reporter’s question at the IMF World Bank Group Meeting in Washington.

The global lender laid emphasis on the allocation of resources and efficient use of borrowed funds to guarantee sustainable economic growth and the development of profitable projects.

According to a journal External Debts and Exchange Rates of Oil-Producing and Non-Oil-Producing Nations: Evidence from Nigeria and Pakistan, external debts affect an economy in two ways; where efficient use of external debts can bring economic prosperity to a nation, their inefficient use can cause severe damages as well. External debt became a burden to African countries because contracted loans were not optimally deployed.

Prior to the 2005 debt relief, bad debt management practices led to the payment of $4.9 billion yearly on debt servicing. Domestic and external debts need to be managed properly so that the burden of servicing debts is kept within a sustainable level.

The Minister of finance, Dr. Ngozi Okonjo-Iweala, explained that the key noticeable change in Nigeria’s indebtedness in recent years has been the growth of domestic debt. She gave an instance when domestic bonds were raised to increase the salary of civil servants. “For example, in 2010, the 53 percent salary increase for civil servants was financed by raising domestic bonds. Borrowing for recurrent expenditure or consumption, as was the case here is a practice that is less than ideal and one that we should endeavour not to repeat. We must learn that domestic debt should be incurred sparingly at modest and manageable rates so that government is able to service it and pay back domestic creditors. Failure to do so would severely undermine the finances of our private and institutional creditors to the detriment of the economy.”

Until the recent borrowing spree, Nigeria’s debt profile had remained in a relatively healthy state with external indebtedness at $6.67 billion. The problem however has always laid not in the rise itself but the nature of debt and what the funds are meant for.

“We are now aggressively borrowing in such a manner that the private sector is now being stifled as the government is now the only big spender in the economy”, said Opeyemi Bamidele, Chairman, Senate House Committee on Legislative Budget and Research.“The private sector cannot access funds domestically, they cannot create job.”

Bamidele queried the absence of a debt ceiling and what he described as Nigeria’s ‘aggressive’ borrowing from local and international sources. This has stifled chances for private businesses to access loans locally.

Nigeria’s Debt Management Office says the country is expected to borrow $25 billion by 2015. The projected increase in borrowing by the government, according to DMO, represents the country’s foreign and domestic borrowings flowing from 2013-2015 under review.

With declining oil prices and upcoming elections expected to further dip into the country’s treasury, Nigeria, and Nigerians should brace themselves for the possibility of a second borrowing spree.