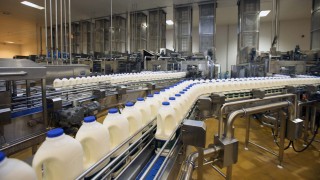 Why the public outcry over Dangote’s “monopoly” may be wrong

Over the last few days, there have been mixed reactions and public backlash after the Central Bank of Nigeria (CBN) made an announcement to ban the importation of milk and other dairy products. According to the apex bank, milk and dairy products will be joining the list of products with restricted access to foreign exchange. This decision was arrived at after a meeting with the dairy product manufacturers.

CBN Governor, Godwin Emefiele was quoted to have said, “We can no longer continue to spend close to $1.2 billion to $1.5 billion, importing milk into the country, a product we can produce. To some extent, they (milk importers) should help us also to reduce the rate of herders, farmers conflict,” Daily post reports.

However, what seems like a properly considered decision has now come under a lot of public scrutiny. This is especially because a few days after the CBN announcement, Nigeria’s business mogul, Aliko Dangote expressed his interest to invest a whooping sum of $800 million in dairy production in Nigeria.

Some social media users are convinced that CBN’s decision alongside Dangote’s investment plan is no way a coincidence and therefore represents a move towards monopolizing the dairy industry.

“Dangote’s business entity has single-handedly monopolized every economic product. Thanks to the FG now. It’s like all businesses must have to compete against him standing next to the govt. Is that not a suicide mission business-wise?…” a Twitter user said.

While these growing concerns cannot be overlooked, it is crucial to weigh other possibilities.

Dangote, on the one hand, might be Africa’s leading producer of cement, but his stronghold on cement making in the continent cannot be outrightly classified as a monopoly, as there are several other notable competitors. And it will be unreasonable to attribute the same economic tag to its planned investment in dairy production.

A relevant instant is Dangote’s investment in noodles making which did not go as planned. A few months after the launch of Dangote Noodles brand – with a projection of producing 63 million cartons annually – Dangote Flour Mill (DFW) was left with no option but to sell its production assets to rival company, Dufil Prima (makers of Indomie noodles).

It’s not exactly clear why Dangote couldn’t compete in the market with a household name like Indomie, thereby selling off its assets, but it was clear that it was unable to dominate the market or make as much impact many predicted it would.

Furthermore, there are already big and established players in the milk and dairy industry in Nigeria. Dangote’s investment in local milk production will leave the company competing with Nestle Nigeria, FrieslandCampina, Wamco and other notable brands. Considering this, the idea of monopolising the milk industry is highly improbable.

Taking note of the public outcry by concerned Nigerians, the CBN has addressed these worries by reinforcing that its focus remains to ensure forex savings, job creation and investments in the local production of milk. Moreover, the bank has made other similar attempts at encouraging local production such as the restriction of forex to importers of textiles and other clothing materials into the country.