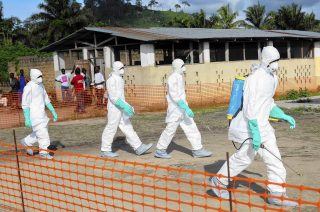 On Monday June 1, the World Health Organization confirmed a second outbreak of the deadly Ebola virus in the Democratic Republic of Congo, just as the country was on the verge of becoming Ebola free.

So far, the Ministry of Health has detected six Ebola cases in Wangata, of which four have died and two are alive and under care. Three of these six cases have been confirmed with laboratory testing, with a possibility that more people will be identified with the disease as surveillance activities increase.

This is the Democratic Republic of the Congo’s 11th outbreak of Ebola since the virus was first discovered in the country DRC is also grappling with a measles breakout, the world’s largest, as well as the novel coronavirus.

Read more on Voice of America