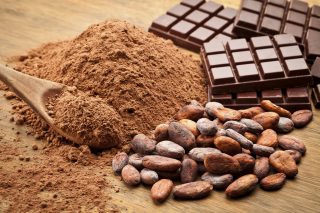 The US customs authorities have asked cocoa traders to report where and when they encounter child labour in their supply chains in Ivory Coast, following calls from American lawmakers to ban some imports produced by forced labour.

According to Reuters, CBP set out an inquiry which comes in form of a 25-part questionnaire and a request for various documents which was sent this month to companies such as Cargill, Barry Callebaut, Olam, Sucden and Ecom. These companies that received the questionnaire export about 90 percent of Ivory Coast’s cocoa.

The questionnaire consists of questions like: “How many cases of the worst forms of child labour and/or forced labour have you detected in your supply chain? When did you detect them? How many have been resolved? When do you expect to resolve the outstanding cases?”

In response, Barry Callebaut said it aimed to eradicate child labour from its supply chain by 2025, Cargill said it had participated in meetings with CBP and submitted information about its supply chains, Hershey said it had received a questionnaire from CBP that it had fully responded to, Mars said it was working with CBP to provide any information the agency requested but did not say whether it had received a questionnaire while there was no statement from Sucden and Ecom.

CBP acts on information concerning specific companies and products and does not target entire product lines or industries in problematic countries. CBP has “engaged with the cocoa industry to trace cocoa supply chains and understand industry internal controls and compliance regimes,” a CBP spokesperson told Reuters

However, reports by CBP shows that cocoa traders and chocolate companies such as Mars, Hershey, Cargill and Barry Callebaut, have acknowledged to always miss internationally agreed targets for reducing the worst forms of child labour from supply lines.

This has left authorities contemplating whether to block imports when information indicates they have been made with forced or indentured labour. But this action comes with consequences as a partial blockage could inflict steep costs on suppliers, increase the price of chocolate and have a crippling effect on Ivory Coast exports which rely heavily on U.S. buyers.

“We believe that any US ban on cocoa imports from Ivory Coast will hurt and not help, it could push millions of poor farmers deeper into poverty, even though the vast majority of them are innocent of such practices,” said Richard Scobey, head of World Cocoa Foundation (WCF).

More so, in July 2019 Ivory Coast signed an agreement with neighboring country Burkina Faso that enables Ivory Coast to send back children from Burkina Faso who travel unaccompanied to work on cocoa farms and who are vulnerable to trafficking and other abuses.

According to a report published in 2018 by international civil society groups, over 2.1 million children work in cocoa in Ivory Coast and Ghana, the world’s number two producer. In 2019, the U.S. imported over $600 million of cocoa beans and paste from Ivory Coast, which is more than half of total U.S. imports and around 15 percent of annual Ivorian exports of those products.