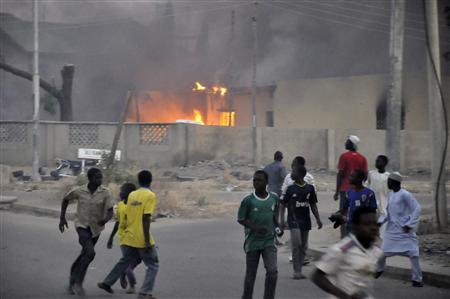 (Reuters) – The United States urged Nigeria to tackle an Islamist insurgency in the north by bringing jobs and development to the deprived region, and it pledged to support Abuja in the task.

U.S. Under Secretary for Political Affairs Wendy Sherman said on Monday that the United States was looking to establish a consulate in Kano, Nigeria’s biggest northern city and a recent target of attacks, as well as a number of other ways to help it fight radical Islamist sect Boko Haram.

The group, which styles itself on the Taliban, has been blamed for almost daily shootings and bombings that have killed hundreds of people in the past two years.

“Regarding the security concern, we agree with President Jonathan that this must be holistic approach. That it is about security, it is about development, it is about jobs,” Sherman said during the first stop of an African tour that also takes in Zambia and Kenya.

“Together we will do whatever we can, from intelligence sharing, to assistance, to development, to security training.”

Some have accused President Goodluck Jonathan of an over-reliance on security measures to defeat Boko Haram rather than addressing northerners’ underlying grievances, such as unemployment, which provide the group with a well of eager recruits.

In an interview with Reuters in January, the president acknowledged that quelling the insurgency would have to involve addressing the north’s economic concerns, including a perception that it has been excluded from an oil-fuelled boom centered in the south.

Analysts say the remote northeastern state of Borno, where the sect is based, is as poor as some of Africa’s most impoverished countries. Click here to continue reading