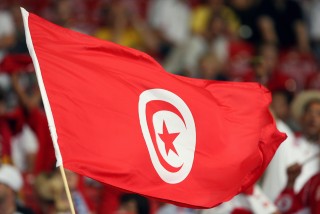 Tunisia is set to receive an additional €150 million in funding from the European Union’s Macro-Financial Assistance(MFA) programme. The country has been able to meet conditions to implement specific reforms agreed in a Memorandum of Understanding. The European Commission, on behalf of the EU, has recently approved the disbursement of the loan to the country.

The EU stated in a  press release that “this is the third and final disbursement under the second Macro-Financial Assistance(MFA) programme to Tunisia and follows the completion of an important set of policy measures intended to support the country’s economic transition.”

According to a statement by Pierre Moscovici, European Commissioner for Economic and Financial Affairs, Taxation and Customs, “this disbursement underlines our sustained commitment to supporting Tunisia and its people.”

“While the country has delivered on key policy commitments these past years, pursuing and deepening economic and structural reforms remains essential to building on Tunisia’s democratic and political achievements and securing a more prosperous future,” he added.

This recent announcement has seen Tunisia join the league of African countries that have made substantial progress in formulating and implementing viable economic reforms alongside Ethiopia.

The North African country was once faced with a high rate of unemployment, food inflation, corruption, a lack of political freedom( such as freedom of speech ) and poor living.

Nonetheless, efforts have been made by the Tunisian authorities to implement a set of far-reaching reforms designed to fight corruption, build a more equitable tax system, increase the quality of public administration, and improve the country’s social protection system.

In the immediate aftermath of the 2011 Revolution, the EU pledged to support Tunisia’s transition towards greater democracy, freedom and social justice. Against this new backdrop, the EU and Tunisia – which are natural partners given their geographical, cultural and trade links – established a ‘Privileged Partnership’ in 2012 and an ambitious action plan for its implementation.

Going by the efforts the country is making to implement the reforms and their tenacious democracy, the EU release states that “Tunisia can count on the EU’s partnership to strengthen its economy and political governance, to improve Tunisians’ daily lives and ensure social protection for all.”

Further adding that “the EU will continue to support Tunisia in its efforts to address the remaining economic, financial and institutional reform challenges in support of growth and the socio-economic transition.”

The European Parliament and the Council adopted the second MFA programme, worth €500 million, in July 2016. With today’s disbursement, the EU has now provided Tunisia with €800 million in MFA funds since 2015.

MFA programmes are an EU crisis response instrument for its member countries. It is also designed for EU countries experiencing severe balance-of-payments problems. The programme promotes the respect of fundamental human rights and effective democratic mechanisms, with pre-conditions of a multi-party parliamentary system and the rule of law.