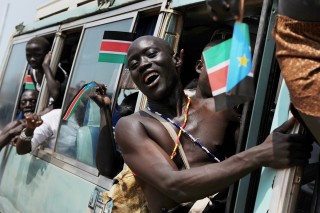 The survival of South Sudan is in jeopardy

If the recurring violence and instability persists in South Sudan, the northeastern country may soon join the list of non-existent African countries. Ever since it gained independence five years ago, the country has been rife with conflict, hunger and sexual assault. The most recent episode of violence in the country occurred on its fifth Independence Day commemoration. Instead of celebration, July 9, was marked with gunfire and death. A fight broke out between the soldiers of Salvar Kiir, South Sudan’s President and his vice, Riek Machar, and, although a ceasefire was declared, civilians are still at risk.

According to the International Organization of Migration (IOM), this recent crisis has displaced about 36,000 people. This is in addition to the 1.6 million who have been displaced since the beginning of the South Sudan crisis in 2013. Due to the increasing levels of insecurity and fear, over 700,000 people have fled the country. The UN projects that this number may reach one million in the coming months.

Withdrawal of the international community

Since the crisis started, many foreigners have been evacuated from South Sudan and many foreign-owned business operations may be shut down if the fighting persists. The United States of America sent in troops to evacuate its nationals and provide security for its embassy officials and China has also followed suit. The China National Petroleum Company (CNPC) has relocated most of its workers away from Juba. While the CNPC claims that some members of its staff have been left behind in South Sudan, activities within the petroleum company would dwindle drastically if the fighting continues.

While a United Nations peacekeeping force is on ground in South Sudan, the African Union has announced plans to deploy a force, which comprises of soldiers from five African countries. However, President Kiir is not interested in having more soldiers in his country. He reportedly said “there are over 12,000 foreign troops (UN) here in South Sudan, what do you need more forces for? What will they come and do? The UNMISS here has so many foreign troops. So we will not accept even a single soldier.”

For a President whose country is being ripped apart by war, Kiir’s response is quite insensitive. Why would he refuse a potential solution to the crisis rocking his country? Is Kiir purposely fuelling this crisis for selfish reasons? In the analysis done by BBC, Tomi Oladipo, is of the opinion that the presence of the AU force may be advantageous to Riek Machar.

“Mr Kiir’s troops make up the majority in and around the capital, Juba. So it would be a huge challenge for the AU force to attempt to call them to order, but it would provide a buffer to the outnumbered troops on Mr Machar’s side, whose whereabouts, following the recent fighting, remains unclear.” – Tomi Oladipo.

Quest for an elusive peace?

A peace agreement between the warring parties was signed in 2007 and this ushered in the transitional government. However, experts warn of a civil war recurrence. Also, with reports of a cholera outbreak in the country, things may escalate beyond the government’s control. Reuters reported that dozens of people have fallen ill with suspected cholera in South Sudan’s capital of Juba, while a UN food warehouse was looted and destroyed, incurring $20 million worth of damage.

Recently, the Guardian featured Photographer Robert Fogarty who made portraits of people bearing messages of hope for their war-torn country.