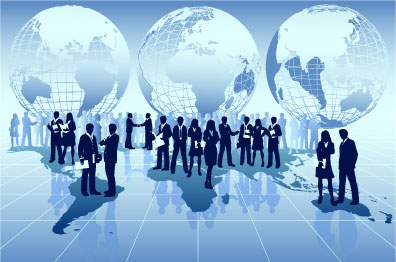 The Quest For A Globalized Africa

What will it take to get Africa to the pinnacle of its own potential, and to the grand stand of global business? With a population of over one billion, a rising middle-class and more mineral piggy-bank of natural resources like no other continent – can we do?

The main challenges for Africa at this point, as has been for as many years, are poverty, lack of basic education and severe shortages of critical infrastructure. So, maybe a starting point for us will be to have a pointed approach at financial education, skills development and infrastructure development.

Mogam Pillay, CFO for Old Mutual Africa highlights that with Africa’s one billion population set to double in 15 – 20 years, “we already know that up to 80% of this total will be unbanked.” The deficit exists because of the lack of basic financial literacy and understanding, creating an oasis for financial services corporations to start and continue upskilling process of this market.

It could be that the downstream costs of banking, going into the bank, time taken in the bank, associated costs such as banking fees are prohibitors to the unbanked. The counter argument could also be that the unbanked have sustained themselves and the formal business environment will seek to generate revenues and add little value to their models. Extending this argument is that the informal sector may not seek grow, this could be due to the nature of the business, the age of the entrepreneur or the lack of financial skills and training. Irrespective thereof, not all informal businesses will benefit the formal economy by entering it.

Fungai Tarirah, the CIO of Rudiarius Capital Management says, “There have been a number of initiatives laid by public and private interests to try and prove financial literacy in many of the countries across the continent.” He goes to says that many financial institutions are disaggregating their financial services to those trying to be included in the financial services sector.

Says the GSM report, “The mobile money landscape is becoming increasingly competitive, and this is especially true in Sub-Saharan Africa where mobile money is already available in 36 of 47 countries in the region. Tanzania has witnessed unprecedented uptake of mobile financial services (MFS) in the span of five years. After a humble beginning, when less than 1 percent of the adult population had access to mobile financial services in 2008, 90 percent had access by September 2013 – an exponential increase. Likewise, active usage has shown similar improvement, with 43 percent of the adult population actively using this service in September 2013.

One Financial literacy, Richard Matchett of WSP Africa says, “…..the next generation that is rising up now be aware of using money, working in markets, moving money around, that is a good thing as children grow up realising that money is a resource they need to manage and be careful of, is a good step to a good future for Africa.”

Bismarck Rewane, CEO of Financial Derivatives Company says, “In Nigeria the regulators are ahead of the curve, but you have to distinguish the role of the regulator and the role of policy maker. In Nigeria we find that consumers are not concerned about credit but more about convenience and efficiency. …..5 years ago it to 21 days for a cheque to be cleared. The items in transit in the system in Nigeria were almost equal to 20 percent of total payments.”

In this way the credit requirements have been reduced by almost 800 percent.

Despite Africa’s shortcomings in infrastructure, she really does have significant activity on the ground with regards to mobile technologies. This is a desired foundation for breeding technological and other innovation needed on the continent.

Technologies in cellular versus fixed line have taken a massive leap over the last five years with many African countries now connected and also a major part of the West African undersea fibre optic cables laid already. This is encouraging for the integration of skills development as a platform for future skills development and innovation.

Bismarck Rewane says.” The infrastructure story in Nigeria is more of Rhetoric than action, but if you take the ICT and technology sector, there has been significant investment and success. GSM subscribers are over 100 million, broadband is growing significantly and Personal Computers and laptop per capita per head is one of the highest on the continent. This demand however is driven by the 4000 megawatts of energy available against the 25000 megawatt requirement in Nigeria. This is being addressed through private investment in assets.

One of the fundamental strategies that Kenya has undertaken is the privatisation of IPP’s. This has led to a significant investment by the private sector and has leaped Kenya into the forefront of energy availability on the continent.

Prices in the Kenyan energy sector are market driven, allowing for profitability and also serves as an investor magnet. Significantly, South Africa that also has its share of under-supply of electricity should be looking ways to attract private investors as has been done in the mobile communications arena.

Many African countries should be locking focus into these three pillars of development for greater sustainable inclusion if we are to realise an Africa that will become Global.