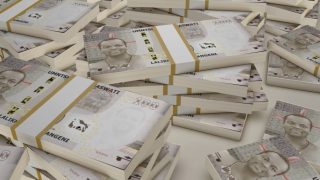 In a statement on Friday, May 22, 2020, the bank mentioned the impact of the pandemic on its growth, forecasting an expected shrink by 6.16 percent in 2020 under a pessimistic scenario.

In addition to the impact of coronavirus on the economy, there are several challenges that hamper economic growth in the Southern African country. In 2019, the government identified large fiscal deficit, stagnating economic growth, and a poor business environment as the three major challenges facing the economy.

According to the 2020 Index of Economic Freedom, Eswatini’s economic freedom scores 55.3, ranking its economy as the 131st freest business economy in the world. But its overall score has increased by 0.6 point as a result of a great score for property rights. Furthermore, the report shows that the economy has been scored moderately free only twice in the past decade, and it remained in the mostly unfree category in 2020 for the third year in a row. It also cited that GDP growth remains lower than optimal as well.

Eswatini is a landlocked Southern African country ruled by absolute monarchy and a Prime Minister with constitutional provisions and Swazi law and Custom. The current Head of State is King Mswati III while its Prime Minister is Ambrose Mandvulo Dlamini