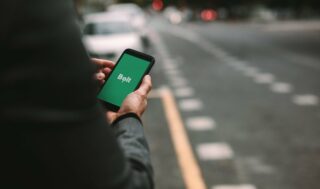 Tanzania is going tough on ride-hailing. But who is bearing the brunt?

Bolt, the famous ride-hailing company, has been forced to change its business model following a regulatory policy from the Tanzanian government. The regulatory feud, which started earlier in March, is premised on Tanzania’s Land Transport Regulatory Authority (LATRA) mandates for ride-hailing operators to collect a maximum of 15 per cent commission from their drivers. The company, sensing the impact on its business, disputed the fee.

Although the company went on to engage with relevant stakeholders hoping to reach favourable tariff and commission regulations, the introduction of its new business model signifies the engagement was futile.

The Estonian ride-hailing company maintains that a 15 per cent commission in contrast to its previous 20 per cent charge is not sustainable for its operations in the country, hence the need for a change in the operational model. So rather than closing its operations in the country, Bolt has switched to corporate client servicing. Per a Techtrend report, the company stated that “Bolt has no choice but to mitigate against the losses in the market until it sees a considerable improvement in the regulatory ecosystem.”

At first look, it’s hard to understand why Bolt claims that 15 per cent is unsustainable, seeing that it claims to take that rate in some countries. However, a plausible explanation is that both the riders and the company take payments in local currency. But Bolt is an Estonian company that measures its financials in the US dollar. And the Tanzanian shilling has not been doing great against the US dollar over the years. The other markets where it accepts 15 per cent commission, such as South Africa and European countries, have relatively stronger currencies. So it does not have to worry too much about conversion rates. Earlier this year, some Nigerian riders complained that Bolt was taking as much as 25 per cent. Notably, it’s doing this while the naira is experiencing its worst value depreciation in history.

Unlike Bolt, Uber, the most valued player in the ride-sharing industry that charged its drivers a 25 per cent commission suspended its operations in Tanzania in April. According to the company, the newly introduced service fee is unfavourable for business. However, the company said it would resume operations if the regulatory policy is reviewed and made favourable.

These two ride-hailing companies have a long history of conflict with either the governments of their host country or partner drivers. In South Africa, drivers of both companies embarked on a two-day strike protesting for lower commission fees, higher pay rates, a faster approval process, and a moratorium on vehicle impoundment. It may not be wrong to say that Tanzania’s case may spur a similar regulatory trend in other African countries where these companies are operational. And this will obviously have an impact on the economy.

What about the drivers?

Since 2013, when Uber, the first ride-hailing company in Africa, launched in Johannesburg, South Africa, the ecosystem has grown and is growing at a fast pace. With Uber’s entrance into the African market came a host of other ride-hailing companies like Pewin Cabs, CabMan, Bolt etcetera trying to eat from the pie of this tech-heralded mobility model. The ride-hailing market in Africa has a projected market volume of $5.702 billion by 2025.

This space has also become a net employer of labour and a significant contributor to the African economy. For example, Uber, operational in Egypt, Nigeria, Ghana, Kenya, Tanzania, Uganda, and Ivory Coast, recently celebrated crossing 1 billion rides in Africa with 59,000 drivers in Africa. Similarly, Bolt, its main competitor, boasts over 700,000 drivers in about 90 cities across eight African countries. This is beneficial for a continent where as much as 60 per cent of its youth population are unemployed.

But now that the ride-hailing giants are trimming down their operations, drivers will get fewer gigs. At least that’s what it looks like for now. Bolt claims it works with over 10,000 drivers in Tanzania. But its current corporate clientele includes companies with 10-50 employees and $1m-$10m in revenue, most of whom are currently not in Tanzania. Riders who still want to keep taking gigs now have to look to relatively smaller players like Little Cab, which already charges a 15 per cent commission.

Who wins and who loses?

In the short term, it’s an advantage for the other competitors that their biggest threats are now, at best, sitting ducks. That might give rise to the scaling of some indigenous brands and the birth of new ones. But in the long run, it might cause fears that nobody’s business model is truly safe from getting slashed by regulators.

For riders, the popularity of Uber and Bolt was always their leverage to get consistent gigs and better revenue. So even when other platforms offer them higher fares and less commission, they’d choose the names known to the market. Now that these two are out, they must find the next big name to partner with.

Customers, too, are not winning in the short term. Not only do they have to find the next best platform, they also have to pay more. The only (long-term) win for them is that competitors will start optimising their services to win them over. But again, there’s no telling if that will happen when the regulatory environment is volatile.

The Bolt – Tanzania saga is yet, another testament to the struggle between regulatory agencies and innovators on the continent. Like the ride-hailing space, startups in other sectors of the tech ecosystem are battling regulatory policies. Hence there is a need for a deliberate and impactful collaboration between governments and innovators to address the present tech kryptonite on the continent.