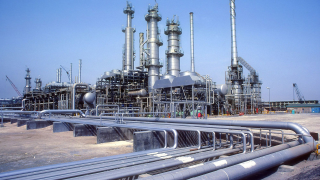 Standard Bank Group has contributed a total of $485 million to the ongoing Mozambique liquefied natural gas project, joining around 20 international banks in the financing of up to $15 billion for the facility. The final investment decision for the $20 billion LNG project was made in June 2019 and building works started in August.

The South African lender is one of the leading financial services providers involved in the LNG project, acting as the mandated lead arranger and bookrunner while taking on several other onshore and offshore banking agent and custodian roles.

The project, led by French multinational Total, will be the country’s first onshore LNG development, initially consisting of two trains with a total nameplate capacity of 12.9 million tons per annum. It has already secured in aggregate 11.1 MTPA of long-term LNG sales with key buyers in Asia and in Europe, reports show.

In addition to consolidating Mozambique’s position as a major regional and global producer and supplier of LNG, the project is expected to play a key role in its economic growth. Total estimates that the facility will generate about $50 billion of revenue for the government of Mozambique over 25 years.

Standard Bank’s participation symbolizes its commitment to leveraging on the country’s potential as a future giant producer and exporter of LNG, thereby boosting Mozambique’s growth, the bank’s oil and gas Head Dele Kuti said in a statement.

The operation also reflects the Bank’s position as one of the leading oil and gas sector banking team on the African continent in general and Mozambique in particular. The ongoing project is the second to be financed by the lender in the southern African country. In 2017, it provided commercial funding for the construction of the Coral Liquefied Natural Gas Floating Platform, being the sole African lender at financial close.

“It demonstrates the confidence placed by the financial institutions in the long-term future of LNG in Mozambique,” adds Jean-Pierre Sbraire, Total’s Chief Financial Officer. “This key milestone has been reached thanks to the dedication of the Mozambique authorities and the financial partners of the project.”

Total E&P Mozambique Area 1, Limitada, a wholly-owned subsidiary of Total SA, operates holds a 26.5 percent working interest in the development, for which it announced the signing of a $14.9 billion senior debt financing agreement Tuesday.