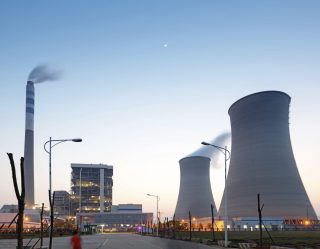 On Monday June 15, during a plenary session, the Chamber of Deputies approved the construction of the Centre of Nuclear Science and Technology in Rwanda.

The nuclear centre is an agreement between Rwanda and Russia, and was first signed in the Russian city Sochi, on October 24, 2019.

The centre is expected to develop an integrated nuclear energy solution that will be beneficial to the advancement of several sectors of the economy especially agriculture, health, education, sciences and industry.

According to Minister of Infrastructure, Claver Gatete, the process of developing nuclear energy applications was focused on peaceful purposes. However, the establishment of this centre in Rwanda will provide the country access to a wide range of nuclear applications.

Gatete told lawmakers that the country chose six areas where such applications can be made including nuclear medicine, research reactor laboratory complex, and multipurpose radiation especially in agriculture, education, radio biology, and material science.

Highlighting the importance of the nuclear centre, Gatete said that some food imported into Rwanda is preserved using nuclear technology, as well as security devices used to check cars.

“If we do not have skills in such areas, it becomes a big problem. That is why we want to build the prerequisite skills, which requires laboratory and trained people,” he said.

Currently, there are 50 Rwandans who are pursuing a degree in nuclear science and technology in Russia, says Gatete. This is because Russia doesn’t only teach Rwanda students but also gives them access to work in its latest technology-based nuclear power plants.

Also, the radiotherapy facility at Rwanda Military Hospital in Kanombe has proved to be beneficial to the country by reducing the number of patients being sent to India for cancer treatment.

Gatete pointed out that “the cost of cancer treatment in India cost $8,500 which is over Rwf7 million, excluding airfare and accommodation expenses. But it is $1,750 (over Rwf1.5 million) at the Kanombe-based Rwanda Military Hospital, and health insurance helps cover such a cost for Rwandans.”

With this development, 350 Rwandans have been offered cancer therapy in nine months at a cheaper rate in Rwanda.

Subsequently, RwandAir together with Ethiopian Airlines have been transporting fruits from Rwanda twice a day. Farmers are put under pressure to harvest this fruit a day before the export in order to ensure its safety.

“Yet, those fruits we import are handled through radiation so that their longevity increases. If we do not have such a technology, we cannot be competitive in terms of agricultural or horticultural export,” Gatete said.

However, some members of the cabinet are of the opinion that nuclear energy would cause more harm than good, hence voting against the law.

Opposing the development, MP Frank Habineza is of the opinion that living near a nuclear energy plant is like living near a nuclear bomb which can explode and cause more damages.  “Considering the highly population density in Rwanda, there is no place where the plant can be built and the safety of Rwandans and neighbours is ensured,” he said.

There is a possibility that the nuclear waste management would pose a serious challenge for Rwanda. Nevertheless, the economic benefit it would provide for the country should not be ignored.

The Rwandan government needs to weigh the risks and benefits of the nuclear centre and also provide a means to reduce the risk involved before construction commences.