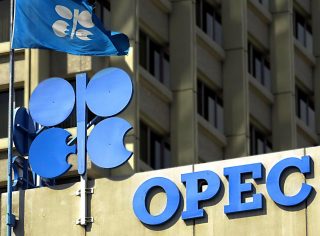 Republic of Congo becomes the fifteenth member of OPEC

The Republic of Congo was announced as the fifteenth member of the Organization for Petroleum Exporting Countries last week at the closing of the 174th ordinary meeting of the organization. This also makes it the eighth African country in OPEC, joining the ranks of other oil-producing oil countries like Nigeria, Angola, Algeria, Libya etc.

H.E. Jean-Marc Thystère-Tchicaya, the Minister of Hydrocarbons for the Republic of the Congo announced this soon after the OPEC meeting ended. “The Republic of the Congo is thrilled and honored to be joining OPEC and to do our part to preserve an equilibrium in global oil markets and ensuring a sufficient flow of investments into hydrocarbons,” he said. “Severe oil market downturns like the one the world experienced recently remind us of the essential role that institutions like OPEC in ensuring stability. We are proud to cooperate with the world’s oil leaders.”

Becoming a member of OPEC grants any oil-producing country an opportunity to enjoy the benefits of policies instituted by the global oil body.  OPEC countries control about 40 percent of the world’s oil production and more than 80 percent of established oil reserves.

OPEC is responsible for the “coordination and unification of the petroleum policies of Member Countries and the determination of the best means for safeguarding their interests, individually and collectively,” and these coordination efforts have made it attractive to many oil-producing countries that were hit by the oil price dip in 2014.

The Republic of Congo has been mired by a huge debt profile, with government revenue falling by a third since 2015. The Central African country, along with Chad and oil-producing Asian countries like Malaysia and Indonesia submitted applications last year to join OPEC.

Last year, OPEC made the Congo one of the 11 non-member countries of the organization to profit from the oil production cuts of up to 1.8 million barrels of oil per day.

The fall out of that production cut is that Brent crude prices have reached their highest since 2014, and countries like Congo have been encouraged to join its ranks. Congo joining OPEC makes it the 3rd highest oil-producing country in sub-Saharan Africa. With more than 2 billion barrels of oil reserves, Congo is an oil giant in the making, putting it in the same class as African countries like Angola and Nigeria. Angola and Nigeria have been aided by OPEC production cuts deals in the past, meaning Congo would also benefit from policies like this.

While oil producing superpowers that produce most of the world’s oil like USA, China, Russia, Norway, Canada and others are not members of OPEC, the assimilation of African oil-producing countries like Congo into OPEC is still a major coup.