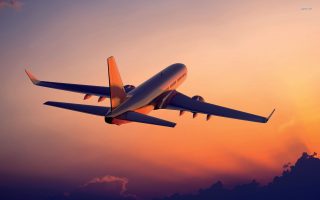 As the harmattan mist returns in different parts of Nigeria, there have been flight delays and cancellation in states like Lagos, Abuja, Port Harcourt and Benin, where the fog’s presence is strong.

Adamu Abdullahi Director of Consumer Protection Council at the Nigerian Civil Aviation Authority (NCAA) on Tuesday 11 February 2020, said that “when safety is involved, we do not discuss comfort and we even encourage airlines to delay or cancel flights whenever they have technical issues or weather-related issues.” Subsequently, the Nigerian Aviation sector has delayed the grounding of foreign airlines in Lagos throughout the week due to the poor visibility of the planes caused by harmattan.

American carrier, Delta Airlines cancelled its 10:30 pm flight on Wednesday as a result of the foggy weather. Flights coming into Nigeria from other international airlines like Qatar Airways, Emirates, Delta Airways and KLM have also been cancelled while others diverted to land in a nearby country.

A British Airways flight which was expected to land in Lagos, on Sunday diverted from the Murtala Muhammed International Airport (MMIA) to Ghana with passengers currently stranded in Accra, due to the weather condition and poor instrument landing systems at MMIA.

Olusola, a scientist and one of the Passengers on the aircraft said: “it beats my imagination that a Nigerian airport cannot clear aircraft to land just because of harmattan, whereas countries with hazardous weather conditions like snow still clear aircraft for landing at their airports.” He went to say that “corruption has stunted even the development of critical facilities at our ‘acclaimed’ international airports.”

In 2012, the Nigerian government approved $707 million for the construction of 5 new international airports which are non-existent till today.

The lack of crucial modern facilities in international and regional airports such as lighting equipment for landing, basic navigation facilities to clear the aircraft for landing and an updated instrumentation Landing System (ILS) remain a recurrent issue in Nigeria. Despite alarming weather conditions, these equipment have the capacity to facilitate the landing and take-off of aircraft even during low visibility.

Noting the importance of this equipment, the newly reopened international airport in Enugu announced that it has successfully installed a new Category II (CAT II) Instrument Landing System/ Distance Measuring Equipment (ILS/DME) that provides aircraft with horizontal and vertical guidance before and during landing.

Consequently, other international and local airports in Nigeria should ensure that all their facilities are upgraded, and ensure the availability of standard navigation and clearance equipment for aeroplanes. This will eventually reduce the risk involved in flying under bad weather conditions and prevent further flight delays and cancellation.

Also, in terms of contributing to Nigeria’s revenue, frequent cancelation of flights is detrimental to the country’s income. In 2018 it was recorded that the aviation sector contributes approximately $400 million to the Nigerian economy each year and if there are more cancelations and delays in flights, this revenue will split into two. Efforts, therefore, have to be made in order to preserve the Nigerian aviation sector through revamping of its airports to meet international standards.