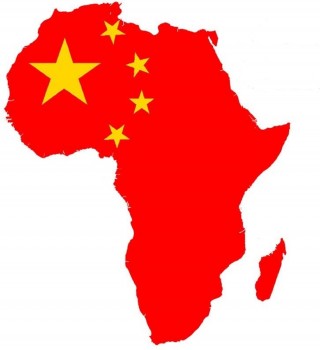 A re-evaluation of Africa and China

Perception, the Yuan and Politics

China’s strategy (and intention) with investment in Africa is still largely a mystery. Commentary ranges from complimentary assessment as a true economic development partner to derogatory indications as the “new colonizer.” Irrespective of the tone or view, China’s economic liaison with the continent is impactful and, in my view, good (if bad at moments).

Perception of China in Africa

China is most popular in Africa, according to a recent survey by the Pew Research Center. Seventy percent of Africans hold a favourable view of the emerging giant, compared to 35 percent in the United States and 7 percent in Japan. The economic growth in the 2000s and 2010s are (rightfully and wrongly) conflated with China’s economic rise and its subsequent trade with and investment in the African continent.

Some African countries attribute strong relationships with the China as central to their growth. Angola, the 7th largest exporter of oil in 2015, exports half of its oil to China. It is estimated that the Chinese will have built significantly north of 50% of the roads constructed in the last 5 years in Ethiopia. That percentage is less in Mozambique with the Portuguese and Brazilians eating up some of the work but the number is still significantly disproportionately in favour of the Chinese. The Chinese contribution to monetizing Africa’s great resource wealth and confronting Africa’s greatest economic challenge called infrastructure cannot be overstated.

A Yuan Devaluation and Its Meaning

The basic effects are clear: Africans can spend less for Chinese goods and receive more for goods exported to China. That’s good news to any African leader. But the other side of this coin could be concerning.

China’s devaluation of the Yuan is counter-China, as some Africa-focused and Asia-focused analysts have panned it. China’s abrupt (or “shock”) change of pace is counter to the 2015 strategy-to-date that centered on propping up the Yuan against a rising dollar. The subsequent appreciation of the Yuan – 14 percent in the last 12 months – hurt exports and (more concerning for Chinese politicians) caused some lay-off’s at home, particularly in manufacturing.

A slowing economy has its positives for China, however not so much for Africa. Commodity prices will only fall further in the absence of some Chinese demand. Oil-exporting African countries, specifically Angola and Nigeria, have suffered through the oil price free fall that began at the end of last year. Their pains coupled with growing concerns from other natural resource (non-oil) exporting counties, including Zambia and South Africa, will create some growing Pan-African economic concerns. Projected GDP growth for the entire continent accordingly has dropped precipitously for the commodity exporters.

There are constant rumours that China may slow (or move back disbursement dates) for some loans to Africa but, as many African officials know, this is always a hot topic assumption when the Chinese struggle for a few months let alone a year. The Chinese normally maintain course with such loans, albeit because the growth always returns.

Chinese manufacturing should slow a bit with the country purchasing less raw materials and commodities. The purchasing of African goods by Chinese consumers will surely drop. The combination has led some African analysts to positively assert (with feeble confidence) that this could encourage growth in the African manufacturing space.

The Politics of Investment

China has greatly favoured investment and trade as engagement tools with Africa. General sentiment is that the Chinese want to avoid political spats and social issues and focus on the economics. African governments, regardless of political perception or track record, have been receptive to this approach.

The strategy is an obvious contrast to the United States. Obama’s strategy of pushing politics and equality falls in line with most American presidents. In his last Africa trip, Obama hammered Kenya President Uhuru Kenyatta on gay rights and corruption albeit while being criticized for “taking it easy” on Ethiopia. Bush pushed abstinence to combat AIDs and democracy to create opportunity. Don’t expect the Chinese to step into these arenas of discussion anytime soon.

Cynicism leads some analysts to argue that Chinese see just numbers and Americans see just security. There is some truth to the argument but that is too simplified. The Chinese engagement with Africa is complimentary to the U.S. and other major investors, including Malaysia, Japan, and Germany. Chinese infrastructure projects support investments in other sectors, especially those from American companies. The African Growth and Opportunity Act (AGOA) has some positive effects. The Chinese are also nowadays playing nice with the Americans on politics to find a balance.

All in all, short term economics may raise concerns on both the African and Chinese side. But whatever the concerns today are will be outweighed by the long term benefits politically and financially. Government officials are, if anything, shrewder in navigating their relations with different countries. And the economic growth, resulting from the growing relations, is a positive.

Beyond natural resources and infrastructure, we can also see that China is creating trade and a pathway for middle income aspirations. From clothing factories to manufacturing plants, Chinese companies create local assets and a presence in communities still under the radar (or better yet, ignored by less risky investors). Ask a taxi driver in the Democratic Republic of the Congo (DRC) about the Chinese and expect to hear how he sees more Chinese than he can count, comparatively too few Americans, and in many instances less French than Chinese.  Ala Howard French’s recent book, “China’s Second Continent: How a Million Migrants Are Building a New Empire in Africa.”