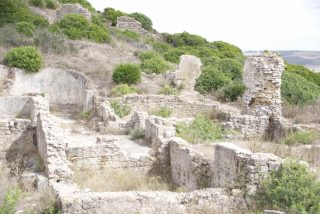 The Moroccan government has reportedly put aside $1.5 million for restoring the ancient Canaanite city of Lixus, north of Larache. This is in continuation of an expansive national drive to refurbish the country’s major tourist attractions, in order to add flourish to the sector and increase its contribution to the GDP.

The plan is to restore and maintain the site, improve infrastructure, research, and training as well as promote the refurbished site, with the country’s culture ministry saying it plans to make Lixus a hub for scientific research and tourism. Listed as UN World Heritage Site in 1995, Lixus sits on the banks of the Loukous River, and is home to a hefty Roman amphitheater as well as a large industrial complex once home to salted fish.

But it had been sitting in ruins until an excavation and restoration streak between the 40s and 60s brought it to life. And of course, the current government has been unsparing in its facelift plans for the site. Culture Minister Mohamed Laaraj had overseen the opening of a new museum at the site only three months ago, saying his ministry bore “a great responsibility that requires an appropriate approach to preserve its authenticity for the benefit of future generations.”

Tourism is a vital contributor to Morocco’s GDP, in itself the sixth-highest in terms of Purchasing Power Parity among African countries. Last year, Marrakech was designated the culture capital of Africa for 2020. The country is already renowned globally as a safe destination for tourists, ranking fifth in tourist security in 2018.

The world is urbanizing at an alarming rate. Africa, in fact, is following the trend, with the emergence of smart cities, meaning that people between 18 and 40, who travel for leisure more than any other age category, want to experience the past in its original beauty. And so too do the older generation, who probably long for the familiar touch of history. There’s certainly a market for refurbished ruins. And Moroccan authorities are wise to develop their capacities in this direction.

Last year, 12.3 million people visited Morocco. According to the Moroccan National Tourist Office, the country is the top African tourist destination and the 30th globally. Laurent Guinard, project coordinator of Info tourism Morocco, the website that extensively details tourist locations in the country, said, “Morocco is progressing and developing and will be the locomotive of Africa.” And there is no stopping Morocco or denying them their place.